5 Rajesh Sharma Movies That You Must Watch On ZEE5 Now

The ZEE5 Original Series Karkat Rogue actor adds punch to each of his characters. Watch to find out how.

Yes, he has never really been the lead character of a movie. But that doesn’t take anything away from Rajesh Sharma’s acting skills. He is a powerhouse actor who does complete justice to his craft no matter how big or small his role is. As you watch him in ZEE5 Original Series Karkat Rogue, where he plays a man out to find out the mystery behind his wife’s death, here are a few other movies of this underrated actor which we are sure you will enjoy watching on ZEE5.

Dream Girl is a comedy which has a powerful message. Ayushman Khurana plays the role of Karamveer, who can talk in a female’s voice. It’s this ability of his that lands him a job in a ‘friendship call centre’ run by Rajesh Sharma. Ayushman becomes Pooja and becomes an instant hit with the callers. But even though he achieves success, along with it comes a lot of problems in his family and love life. Watch this hilarious movie for paisa wasool entertainment.

When two boys, Omkar and Sunny, decide to go to Mauritius for studies, they end up falling in love with the place. They are reluctant to return home. However, Omkar’s dad turns up from the village to surprise him and is in turn surprised by his son’s lifestyle. Watch the movie now.

A thriller that focuses on the mysterious death of former Prime Minister Lal Bahadur Shastri, The Tashkent Files attempts to uncover the real reason behind his death. The movie tries to find out whether the conspiracy theory that Shastri was assassinated is actually true. Don’t miss this movie which also stars Mithun Chakraborty, Nasseruddin Shah, Pankaj Tripathi and others apart from Sharma.

Teen Yari Kotha is one of Sharma’s earlier movies. It also stars actors like Sujan Mukherjee, Rudraneil Ghosh, Parambrata Chattopadhyay, June Maliah among others. It focuses on the life of three people — Biloo, Shyamal and Antu. Biloo sells newspapers, Shyamal drives an autorickshaw and Antu is unemployed. The friends share a room in Billu’s uncle’s house in the suburbs of Kolkata. Their life starts changing as Antu secretly likes fellow acting student Dola, Shyamal meanwhile, falls for his boss-cum-landlord’s daughter Mamoni, and Biloo is obsessed with Sreeradha who lives next door. How they woo these girls is the whole story. 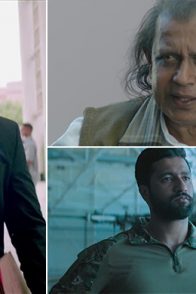 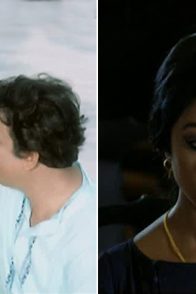 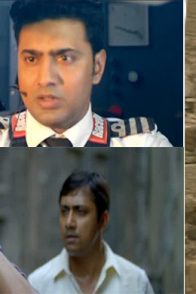 On Republic Day, We Got You A Power-Packed Dose Of Entertainment