Don't miss out on watching these blockbusters like Agantuk and Dutta Vs Dutta which are streaming for free on the platform.

Listen up, movie buffs! The ZEE5 platform has brought five classic superhits from Bangla cinema available for streaming for absolutely free for you to enjoy. So sit back, grab some snacks and let the drama unfold on screen.

Agantuk is a 1991 drama film directed by ace filmmaker Satyajit Ray starring Utpal Dutt, Mamata Shankar, Deepankar De, Dhritiman Chatterjee. Manmohan Mitra, an explorer, travels across the globe and returns to India after 35 years. His only surviving relative is his niece, whom he has never seen or met before. Manmohan gets a rude shock when his niece and her husband refuse to believe and accept him. What happens next? Watch to find out.

Anand Ashram is a 1977 romantic movie starring Ashok Kumar, Uttam Kumar and Sharmila Tagore. A wealthy landlord abandons his son, who is a doctor, for marrying a poor girl against his wish. Later, the landlord’s servant brings home a baby who was abandoned. Both the landlord and his servant raise the child as their own. Later on, they are shocked to find an unknown secret that was hidden from them for years. Does this secret has anything to do with the landlords’ abandoned son?

Dutta Vs Dutta is a 2012 drama starring Anjan Dutt, Ronodeep Bose, Arpita Chatterjee and Roopa Ganguly. Biren Dutta, an unsuccessful lawyer, leads a quiet life with his family. His life turns upside down when his daughter elopes with a man involved in Naxalite activities. His son, Rono, wants to be an actor, but Biren wants him to be a barrister. Will Biren be able to find peace in his life?

Pendulum is a 2014 drama film starring Radhika Apte, Samadarshi Dutta, Rajesh Sharma, Sreelekha Mitra and Rajatava Dutta. Five people, a painter who can teleport people through his paintings, a driver, a college student, a Bangla teacher, and a visually-challenged songwriter live drastically different lifestyles in different parts of Kolkata. In a sudden turn of events, their lives get interconnected.

Ganashatru is a 1990 film starring Soumitra Chatterjee, Ruma Guha Thakurta, Mamata Shankar and Dhritiman Chatterjee. Ashoke Gupta, an honest doctor, diagnoses an alarming spread of jaundice among his patients. His quest to find the root of this fast-spreading disease leads him to the contaminated holy water of the Tripureshwar temple in Chandipur. With local politicians and civic authorities standing in his way, will Ashoke be able to get the water cleaned? Watch now to find out!

Which of these superhit films are you dying to watch first? Tell us in the comments below. 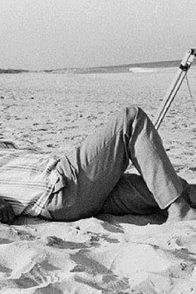 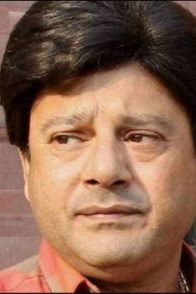 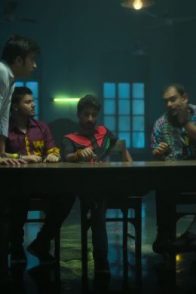 Watch Swastika Mukherjee Play A Conflicted Actress Fighting A Scandal In Take One, On ZEE5.

Watch Dev, Rukmini And Koel In The Superhit Movie Cockpit, For Free Today On ZEE5

Monday Motivation: Promita Chakrabartty's Tip To Start Off Your Day The Right Way