6 Thrilling Byomkesh Bakshi Movies You Must Watch On ZEE5

We've brought you a list of the best films featuring your favourite detective of all time -- Byomkesh Bakshi.

Everybody loves Byomkesh Bakshi, the iconic detective from the series written by Saradindu Bandyopadhyay. A self-proclaimed “seeker of truth,” he is a man who epitomises intelligence and logic, cracking the most befuddling of mysteries with his cool and calm rationale. A man of simple tastes, he mostly wears a crisp white shirt and dhoti as mentioned in the books, owns a vast collection of books, and has a habit of smoking. Byomkesh first appeared in Saradindu’s Satyanweshi (The Inquisitor) in 1931, where he moves into a mess in Kolkata’s Chinabazar area under the name of Manoj Kumar to investigate a case. The character has since undergone many different versions through the times by different authors and directors. Here are the top five films featuring this sleuth that you need to watch on ZEE5 now.

Byomkesh Bakshi, a 2010 thriller directed by Anjan Dutt stars Abir Chatterjee as Byomkesh and also features Saswata Chatterjee and Arindom Bagchi. Mine owner Manish Chakraborty appoints Byomkesh Bakshi to investigate the death of Anadi Halder. Watch this to find out if he solves the case.

In 2014, Byomkesh (played by Abir Chatterjee again) makes a comeback on the big screen. Byomkesh Phire Elo is the sequel to Byomkesh Bakshi. Once again, Byomkesh is summoned to crack the murders of Benimadhab, a wealthy businessman and his servant Meghraj, when the police fail to.

Jisshu Sengupta plays Byomkesh in this drama also starring Saswata Chatterjee and Ushasie Chakraborty. A series of strange events plague a small coalfield town. The coalfield’s owner seeks out Byomkesh to get to the bottom of it, whereupon we find a violent murder case that is in dire need of solving.

Jisshu Sengupta comes back as Byomkesh in this 2015 film, which revolves around the murder of a retired judge who lived in a farmhouse in the outskirts of the city. Watch to know how this plot unfolds, only on ZEE5.

Swapan Ghoshal’s Magno Mainak from 2009, stars Subrajit Dutta, Rajashi Mukherjee, Piyali Munsi and Rupanjana Mitra. Hena Mallick, a beautiful young woman stays with Santosh Samaddar, who became her guardian after the death of her parents. A tragic turn of events lead to her death, and Byomkesh suspects foul play and takes up the case. Will he be able to solve it? Watch to find out!

An adaptation of the much loved Byomkesh Bakshi novel Magna Mainak, this film stars Parambrata Chattopadhyay as Byomkesh. The film is directed by Saytantan Ghoshal and written by Anjan Dutt.

An adaptation of the novel Magno Mainak by Saradindu Bandyopadhyay, this film now out on ZEE5 stars Parambrata Chattopadhyay as Byomkesh. It is directed by Saytantan Ghoshal and written by Anjan Dutt. 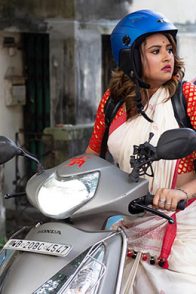 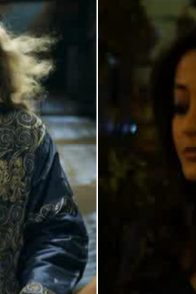 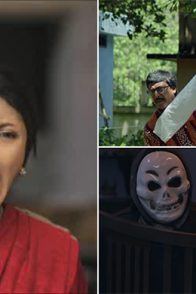 Have You Watched This ZEE5 Original Featuring Everyone's Favourite Dish Yet? Daawat-e-Biryani Is Streaming Now Only On ZEE5.

5 Reasons Why You Should Take Up Yoga Like Vidya Malvade