Look out for these episodes when you sit down to re-watch the exciting old favourite starring Indrani Haldar.

1. How Parama Becomes A Detective

Goyenda Ginni was one of the most loved Bengali TV serials when it aired from 2015 to 2016. It starred Indrani Haldar in the lead role as a housewife who turns into a professional detective while juggling her household duties at the same time, and made for many an exciting afternoon for us as she solved case after case! Goyenda Ginni is back on the ZEE5 platform so you can watch it anytime you like now. Here are six episodes to help you choose which ones to start with when streaming the show. Check them out!

The first episode of the show introduces us to the Mitra family, where Paroma (played by Indrani Haldar) is the eldest daughter-in-law and the backbone that holds everyone together. Disha, her sister-in-law, is about to get married and is given an ancestral crown, a precious family heirloom. This is supposed to be kept safely inside a cupboard, but suddenly goes missing. The family is perturbed, but there is a mystery that needs to be solved, which Paroma takes upon herself to do! Thus begins her foray into investigation, so watch to know what happens next!

In this special episode, Rituparna arrives as the chief guest for Durga puja and promotes her upcoming film, Rajkahani. In the meantime, Paroma makes a plan to visit the Laha house in order to proceed with her investigation for the stolen idol of Maa Durga Ma. She immediately calls up Trina to help her with this. Will this visit to Laha house reveal any secrets to Paroma? Watch to find out!

Paroma, Aroop and Nanda investigate at the victim Shubhra’s house, by talking separately to every member of the household. At first, talking to Shubra’s husband raises many questions for Paroma, but on speaking with her mother-in-law, she gets entrenched in a diverse set of doubts. One fact that becomes very evident is that all the family members had been pressurizing Shubhra to have a son. Are the medicines one of the prime factors behind her death? Who has killed Shubhra?

While investigating Ruchir’s murder, Paroma comes across many clues that Ruchir had left. Aroop tells Paroma to be a little alert since the killers seemed to be much more intelligent than expected. The next day, as soon as Parama leaves for the police station, an unknown man starts following her! What will Paroma do now, knowing that her life is in danger? Find out in this episode!

After being forcefully sent back home, Paroma expresses guilt for not being able to help Durgapada’s family. She stays awake all night thinking that an emergency call may come any moment. This is when she receives a call about Sudhakar’s accident with the ceiling fan while trying to save his father. Paroma along with Aroop immediately head to the hospital. Will Parama unveil the mystery this time?

Paroma ponders over the latest happenings at her daughter’s school. This is when she receives another parcel with a syringe for injection in it this time. Paroma’s mother and mother-in-law try to make her speak up the truth and inform her family about everything that has happened so far, but in vain. Who is trying to harm Paroma this time? Unravel the plot by tuning in and joining her!

Which of these episodes from Goyenda Ginni did you enjoy the most? Let us know in the comment section below. 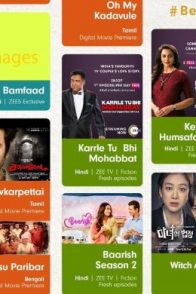 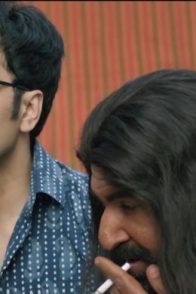 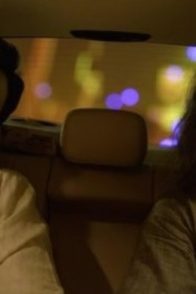 Get Live Updates on Coronavirus Outbreak on ZEE5 News

Watch The Prosenjit And Rituparna Sengupta Starrer Drishtikone On ZEE5