Paoli Dam is one of the most well-known faces in the film and television industry, and this prolific actor is a powerhouse of talent. She made her debut on TV with the serial Jibon Niye Khela, and has since appeared in several shows, including the Tithir Atithi and more recently, the ZEE5 Original Series Kaali. She has acted in many movies like Kaalbela and the Bollywood film Hate Story. We bring you six more films featuring this impressive personality that you should catch up on watching.

Family Album is a 2015 drama directed by Mainak Bhaumik, also starring Swastika Mukherjee, Riya Sen and Ronodeep Bose. This movie explores family and unconventional relationships. Get ready to discover some shocking truths that will be eccentric, sad and funny at the same time, exposing their nature as far from picture-perfect. Full of unexpected twists, this one makes for an unpredictable watch!

Kagojer Bou is a 2011 social drama film directed by Bappaditya Bandopadhyay, starring Paoli along with Anindya Pulak Banerjee and Rahul Banerjee in the lead roles. Subimal promises Upal money if he manages to help him get close to Preeti. Upal succeeds in doing so, and on Subimal’s command, also gets his current wife to file for a divorce. The tables are turned as Preeti comes to know of the plan and rains on their parade by asking Upal to marry her, promising him money and a trip to the USA, but instead betrays him and escapes.

Flop-E, made in 2012 by Pritam Sarkar, is a drama film with a twist. Starring Sabyasachi Chakraborty, Barun Chanda, Paoli Dam and Suvrojit Dutta, it is about a successful businessman who decides to invest in the film-making business with the purpose of making a flop film in order to experience failure! Watch how this plays out in this movie with a unique plot.

Ajana Batas is a drama film from 2015, also featuring Kaushik Sen and Shankar Chakraborty in the cast. It revolves around Deepa, a copywriter, who lives in the city — away from her hometown in Ranaghat. She stays with her uncle whom she calls Kakamoni, and is very close to him. They share a strong bond of friendship. Soon however, she experiences hearing voices calling out to her, but she is unable to confide in her uncle about it. What does she do next and how does she deal with the phenomenon? Find out by watching the film!

Banshiwala is a suspense drama film from 2010, also starring Shayan Munshi, Indrani Haldar and Soumitra Chatterjee along with Paoli. Mridul returns to his ancestral home from London, only to sell it in order to be able to pay off all his debts, and start a new business. The house is taken care of by a local headmaster and his daughter Lakshmi who is a single unmarried mother of a child. Mridul tries to find Neepa, his childhood sweetheart. In the process, he makes a discovery which will change the life of everyone involved.

Sweetheart is a 2013 Bengali romantic drama film starring Indraneil Sengupta, Paoli, Tapas Pal and Santu Mukhopadhyay. Arjun saves Mimi from the hands of some vicious goons, and the two fall in love with each other. Mimi’s father is against their relationship and asks Arjun to leave his daughter. Arjun, however, finds a way to stay close to his love and also keeps protecting her father and her from the local goon who has his eyes on their property. Find out how this plays out for Arjun by watching the film!

Which of these Paoli starrers did you like the most? Tell us in the comments below. 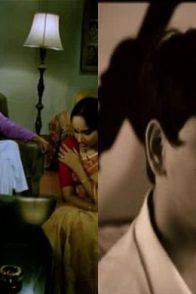 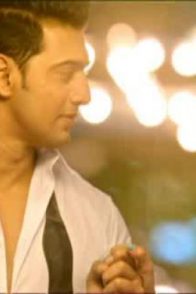 Watch Dev, Rukmini And Koel In The Superhit Movie Cockpit, For Free Today On… Find out what’s happening in the popular serial Krishnakoli now on ZEE5.

Learn How To Prepare A Tasty Chilli Mutton From Rannaghar, Only On ZEE5.

The Magic Of Melody: The Music Of Asur Makes The Blockbuster Film All The More Epic

6 Reasons Why You Need To Watch Praktan, Streaming For Free This Sunday On ZEE5