We bring you a compilation of eight episodes from the popular game show hosted by everyone's beloved Dada Sourav Ganguly, that you'll love watching. .

Our favourite reality show, Dadagiri, is an absolute delight for several reasons! One of the biggest ones is that host Sourav Ganguly or Dada as we call him, does a superb job by inviting various interesting stars and participants and holding some of the most brilliant performances on the show. Today, we look at eight episodes from Dadagiri Unlimited Season 8 where your favourite celebrities appeared. Check them out!

Episode 8 of Season 8 features the actors of the serial Bokul Kotha on the show, including Ushasi Ray, who played the titular character. In this one, the actors tell Dada all about what it is like working together at the sets, and we get to know more about their personalities off-screen.

2. The cast of Parineeta on the show

Episode 11 of the season hosts the cast from the latest Bengali hit film Parineeta on the show, and you will be thrilled to see lead actors Ritwick Chakraborty and Subhashree Ganguly among others like Adrija Roy, who discuss their lives on the set while shooting the film!

3. When the Nakshi Kantha cast made an appearance

Watch Episode 21 to see the actors of the hit serial Nakshi Kantha compete with each other by playing many games and joking around. They revealed plenty of information about each and about their characters on screen, so definitely do not miss this segment! Both Manali Dey who plays Shabnam, and Sneha Chatterjee Bhowmik who plays the villain Rohini, appear here, so check out their real dynamics here!

4. The Rani Rashmoni cast come down

Watch the cast of award-winning Bengali serial Rani Rashmoni feature on Episode 34, including your favourites actors Gourab Chatterjee who plays Mathurbabu, and Ditipriya Roy who plays the titular lead. One of the most fun segments, you will love seeing them pitted against each other on the show!

Tune in to Episode 38, where the cast of the serial Trinayani appear as contestants on the show, including Shruti Das who plays the protagonist, Noyon. This group makes for lots of laughter and entertainment too!

Watch some of Tollywood’s most popular actors on Episode 46, including ZEE5 Original Satyameva Jayate star Arjun Chakrabarty, and other famous faces like Sandipta Sen, Solanki Roy, Saurav Chatterejee, Aishwarya Sen and Mainak Banerjee . They play games and chat with Dada, who is a great conversationalist!

In Episode 40 of the season, Dada invites the cast of the popular serial Ki Kore Bolbo Tomay on the show, and we get to watch all of them, including Swastika Dutta and Krushal Ahuja create a stir with their merry dynamics. They discuss each of their characters on the show in depth and of course, play the games and have way too much fun!

Episode 48 is one of the most exciting episodes from the season, as Dada hosts his former colleagues from Team India, including VVS Laxman, Virender Shewag, Harbhajan Singh, Mohammad Kaif, Zaheer Khan and Ashwin. They have a total blast on the show and the camaraderie between them makes us so nostalgic!

Which of these celebrity guests are your favourite? Let us know your thoughts in the comment section below! 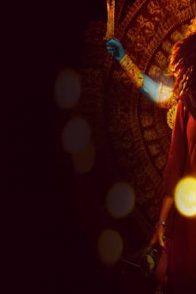 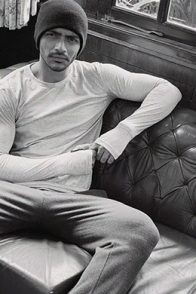 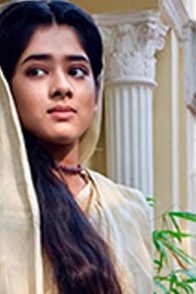 Learn How To Prepare A Mean Chilli Mutton From Rannaghar, Only On ZEE5.