Listen to the musical maestro’s songs which are now available on ZEE5. Details inside. 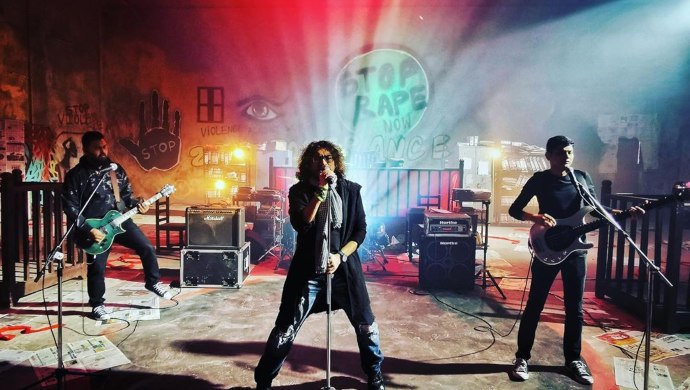 Rupam Islam, one of the well-known musicians in Bengal. Be it his musical compositions in movies or his album releases, this National Award-winning playback singer and composer is known to add his unique flair. While being a revered music director in multiple languages, Rupam is also the lead singer of the noted rock band, Fossils. He is one of the singers who made rock music popular in Bengal. And guess what, Rupam has also sung the title song of the new ZEE5 Original Series, Judgement Day.

If you haven’t had the chance to listen to his music yet, check out these songs.

This Rupam Islam music video featuring Ipsita Bhattacharjee shows her life and turmoil through the various scenes. The actor, who seems to enjoy all bad vices, begins to question herself. Her entire journey of self-discovery is captured in this song. With catchy tunes, the song brings a peppy feel while showing a major decision of her life. Don’t miss this song.

This is a modern song that follows a live music performance set up in the music video. With vibrant lights and catchy phrases, the song brings out the trendy vibes and manages to catch our attention. As you listen to this song, you are filled with happiness and joy! The lively performance of the band manages to increase your excitement levels. Cheerful isn’t it? Listen to the song now.

This heart touching song aptly titled Mon Jure Thakis, sung by Rupam Islam portrays the drama that everyone goes through in their lives. With beautifully penned lyrics, the song captures the various scenarios that happen in our life. While you get lost in the melodious voice of Rupam, you also get to watch glimpses of the movie Oskar. A musical treat to the eyes, do watch the video.

Here’s Why You Should Add Panther: Hindustan Meri Jaan’s Songs To…

For more entertainment, watch all episodes of the serial, Bokul Kotha on ZEE5.