The lead actor of the ZEE5 Original film speaks about his Kolkata days, getting a break in Malayalam movies and more. Read on. 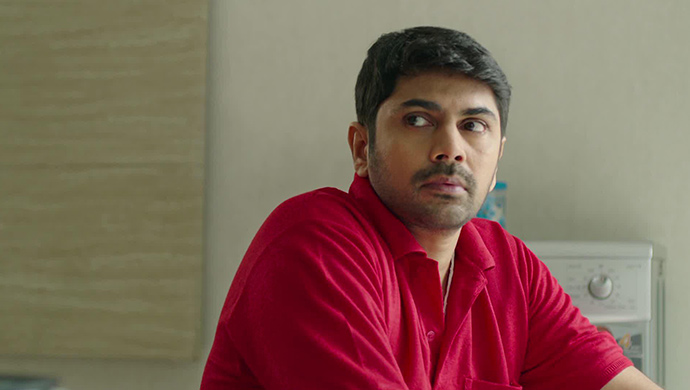 He is brought up in Lake Gardens and Behala. And even though he no longer lives in Kolkata, popular actor Nishan Nanaiah’s Bangla is still quite good. The Cycle Kick actor, who can now be seen in the ZEE5 Original film Filter Coffee Liquor Chaa, is still a Kolkatar chhele through and through though. In Filter Coffee Liquor Chaa, he plays the role of Subramanium, aka Subu, a vegetarian Tamil Brahmin who shares a house with hardcore non-vegetarian Himeli (played by Priyanka Sarkar). Subu is a corporate employee for whom cooking is a passion. Nishan’s acting in the movie is quiet and unassuming, but he will manage to make a mark in your hearts by the time the film gets over. We caught up with the actor, who is currently in Coorg, over a phone call and had a fun conversation about Kolkata, his latest Bengali movie, cooking to ‘save his life’ and more. Here are the edited excerpts.

Q. You are brought up in Kolkata. What do you like the most about the city?

A. To be honest, practically everything – right from the food. If you look at it, by birth, I am a south Indian from Coorg, Karnataka. But by nature, habit, food-eating, I am a Bong. I still love Bengali food, culture, everything. It’s like I am total Bong that way. I am brought up in Lake Gardens and Behala (laughs)…So you can imagine I can’t be more Bengali. I have more Bengali friends, I am closer to Bengali culture than to my own. When I speak Coorgi at home, I subconsciously translate from Bengali. So, like we say jol khachhi in Bengali, I translate and use khachhi. And my brother tells me it’s not ‘eating water, you are drinking water’ (laughs).

Q. From tennis to acting, how did the transition happen?

A. I played tennis professionally and represented Calcutta University and participated in a lot of all-India tournaments. I used to play in Dakshin Kolkata Sansad (DKS) in south Kolkata. I loved films from childhood. I was a big-time Mithunda (Chakraborty) fan and still am (laughs). I would watch each and every film which used to release. Even as a kid, I used to read the credits and try to analyse the movie. And that thing grew. I was a science student and a rank-holder. Once in class 12, the teacher had asked who wants to become what when they grow up. I stood up and said I want to be an actor. My physics teacher was like, ‘Excuse me, then what are you doing here?’

I said ‘I don’t get the logic. If I want to be an actor, that doesn’t mean I can’t study science.’ Then I told my parents and they also had reservations. Everyone was like you are so good in studies, why do you want to be an actor. Kichu ekta loker mathay ache je porashonaye bhalo hole acting kora jaye na. I used to think did I say something wrong…so finally dad said that I should finish my graduation to understand the difference between good and bad. So I did my graduation in Mass Communication from St Xavier’s College. Post that, I got into FTII to study acting. I wasn’t sure I would get through because there were limited seats. I auditioned at SRFTI in the presence of stalwarts like Soumitra Chatterjee. I wasn’t sure I could get in because I had never done theatre or anything.

Q. How did Malayalam movies happen?

A. It was destiny. Post FTII, I had gone to Subhash Ghai’s Mukta Arts to audition. I was selected for a movie called Cycle Kick. But the producer, Ghai, and the director had a tiff so the film got delayed. At the same time, noted Malayalam director Shyamaprasad was looking for new people for his film Ritu. His son, who was studying in Subhash Ghai’s film institute, saw the rushes of Cycle Kick and told his dad about me. Then I got a call, went to Kerala for an audition and he loved me. I did the movie, it became a hit and I even got an award for it. And I kept getting films post that.

Q. What made you take up ZEE5 Original film Filter Coffee Liquor Chaa?

A. I had worked with Debarati (director Debarati Gupta) earlier and she told me that there is a rom-com happening. She just told me one line – south Indian boy, Bengali girl. Amar just khub bhalo laglo line ta. She said she had only one option and that is me. Otherwise she would have to cast a Bengali guy as a south Indian. I said, ‘don’t worry, I am doing it’. See, I like to work with people who want to work with me. Also, she is a very good writer.

Q. What did you like about your character, Subu?

A. First of all — it’s so me, apart from the cooking bit and obviously I speak Bengali. But I really like the character and this inter-cultural thing is something I know well since I have lived in 4-5 cities. This is what makes India. Every place has its own culture, food, smell which is different. Being a south Indian who has lived in Kolkata, it was a concept which is close to my heart.

Q. In Filter Coffee Liquor Chaa, though you are into a corporate job, you are a good cook who’s featured in a cookery show. Do you cook in real life as well?

A. I manage to save my life. I won’t be able to cook a five-course meal to feed people. But amar ranna kheye loke beche thakte pare. The best part is that I got calls from people who saw the movie and literally believed I could cook. Aunties asked me how I made those colourful idlis. I didn’t know whether to be happy or what. One aunty said, ‘Beta khana banate huye baalon se nahi khelte. Vo khane mein gir jaate hai.’ I said, ‘ok aunty, nahi khelunga’ (laughs).

Q. Any memorable moments from the shoot?

A. A lot. The best part was while shooting on the road, I had lots of street food. Kolkata street food is the best. I must have put on 2-3 kilos in one day.

Q. What is your favourite street food?

A. I love rolls and chops, but I try to control these days.

A. I shot for a Hindi film with a new director. We have shot the first schedule. Meetings and auditions are going on for other projects.

EXCLUSIVE BTS: Check Out All The Photos Of Daawat-E-Biryani Actors Shooting In Lucknow