All The Swag You Need To Begin The Year With, Courtesy Panther Star Jeet

Start the new year with the right kind of motivation from the Tollywood superstar. 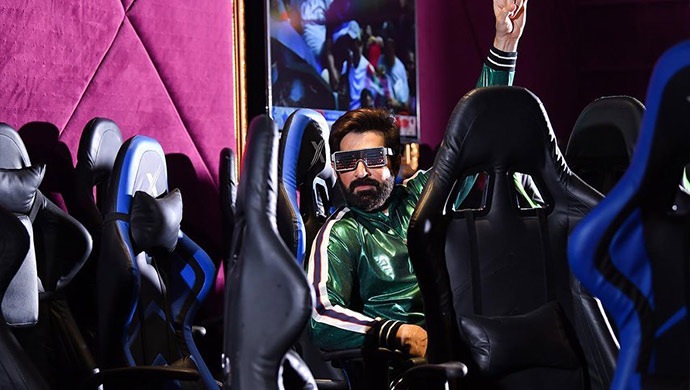 Jeet needs no introduction. He’s spent decades in Tollywood, and along with Prosenjit, his name comes to mind when you say superstars of Bengali commercial cinema. While his acting skills need no certificate, the same can be said about his unmatched swag. Jeet has a sense of style that is unique to him. Check out these photos which sum up his dapper and trendy fashion sense as you watch him save the nation from terrorists in his latest action film Panther: Hindustan Meri Jaan, with Shraddha Das, below:

Whatever happens, suit up!

Jeet, known for his sharp dressing sense, dons a grey three-piece suit here. The actor pulls off this suave look with the utmost ease. Pairing it with a black shirt, the star poses in front of a red car.

Add a dash of colour:

Jeet created a new style as he tried out an all-red combination. Trying a formal look with a vibrant colour scheme is nothing less of a challenge and the star managed to own this style!

While he did prove his dressing sense with a formal wardrobe, he tried out a new hip-hop style by wearing a flashy green techno jacket and a matching pair of pants. He aced this look as he paired it with bulky goggles.

Jeet sure is the master of all looks. Be it a simple casual attire or a complete formal look, he always seems to nail it. That goes without saying as he tried out the hippy style. He rocked a beanie and the torn jeans look so effortlessly. He wore dark jeans and paired it with a simple grey long-sleeve Henley. A complete stunner, isn’t he?

Here’s Why We Are Waiting To Watch Jeet’s Panther: Hindustan Meri Jaan On…

Which of these looks do you like the best? Let us know in the comments section below.

If you want to watch more of Jeet, watch him opposite Koel Mallick in Shesh Theke Shuru, now on ZEE5.

Want To Watch An Action Film? Watch Prosenjit Take On The Baddies In Force, On ZEE5.

#MondayMotivation: Cockpit Star Rukmini's Mom's Message For Her Is Valid For Us Too