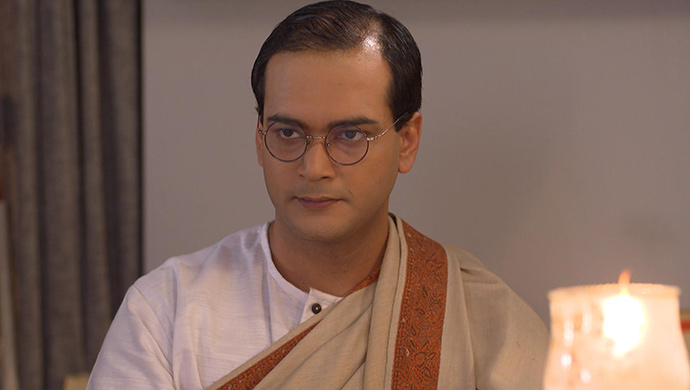 It has been 72 years since the glorious day of August 15, 1947, the day our country got freedom. While we may look back to thank the many brave souls who put their lives on the line in order to drive the British away, there is one notable person no Indian can ever forget. The hero who rose to protect the nation in the time of need — Netaji Subhas Chandra Bose.

He was the leader who was responsible for motivating the youth of our nation to the path of Swaraj. He was the founder of the Indian National Army (INA), the special armed forces formed by nationalists during World War II. His slogans like ‘Tum mujhe khoon do, main tumhe azadi doonga’ still reverberate in people’s minds. Watch his life story unfold in the Bengali TV serial Netaji on ZEE5 below.

Here’s a short recap of his life:

He was born on January 23, 1897 in Cuttack to Prabhavati Devi and Janakinath Bose, an advocate. Named Subhas Chandra Bose at birth, he was the ninth child in the family.

Netaji was influenced by the teachings of Swami Vivekananda and Ramakrishna Paramhansa. After reading their works, he felt that his religion was more important than his studies. This was built into his core thinking style.

He joined the University of Cambridge in 1919. And despite being interested in Civil Services and ranking fourth in the ICS examination, he did not wish to work under the British Government.

He returned to India post resigning and started his own newspaper called the Swaraj. He also took the charge of Bengal Provincial Congress Committee under the leadership of Chittaranjan Das, the Mayor of Calcutta. He then came in contact with Jawaharlal Nehru and worked with him as a member of the Indian National Congress.

Netaji advocated Swaraj and propagated the use of force against the British. This meant a confrontation with Mohandas Gandhi, who was opposed to Bose’s presidency and it ended up splitting the Indian National Congress party. He found other allies who would share similar ideals. During World War II, he didn’t hesitate from asking other countries for help to oust the British.

However, after being turned down by Germany, he turned to Japan. And that’s where the INA was formed. It is considered as the brainchild of Japanese Major Iwaichi Fujiwara who was the then head of the Japanese intelligence unit.

From this point onwards, he put up a strong fight against the British and encouraged youngsters to rally behind him in order for driving the alien forces away.

There is a controversy surrounding his death. While he is believed to have succumbed to his injuries in the Taihoku and his ashes are allegedly kept in the Renkoji Temple in Japan, a DNA test on the same has not been done by the government of India. A lot of people believe that he survived the plane crash and managed to escape.

REVIEW: Watch Jeet As He Brings His Punch Back With Panther: Hindustaan Meri…

#MondayMotivation: Why You Should Try Headstands Like Filter Coffee Actor Nishan Nanaiah