BachFun Unlimited: Top 10 Shows & Movies Your Kids Will Love Watching While At Home

We bring you a list of the best shows kids can now stream on the ZEE5 platform. Details inside!

With the new kids tab added to the ZEE5 platform, your children can now browse through all the shows and movies they can watch in one go. This is an exciting prospect given that they are at home a lot longer than usual at this time! We recommend the 10 of the best that they will enjoy, here. Check them out below!

Nanha Nattu is an animated film about Nattu, a mischievous but clever boy, who uses his wit to take on notorious villains. It is a lot of fun and what many kids dream of doing!

The plot of Love U Ganesha is about Chintu, a fifth-grader who is having a hard time in life. He wants to be an achiever but has no motivation to put in the work. He constantly complains to Lord Ganesha about it. One night Lord Ganesha enters Chintu’s room and promises Chintu that he will help him since he considers Chintu his friend. Now Chintu is always looking for shortcuts from Lord Ganesha. However, Lord Ganesha always guides Chintu in achieving his goals through intelligence and effort alone.

Krishna Aur Kans is a 2012 Hindi fantasy film featuring Manoj Bajpayee, Juhi Chawla, A.K. Hangal, Mukesh Khanna, Anupam Kher, and Om Puri. Krishna, a brave little boy escapes from the clutches of his evil uncle, Kans, who tries to kill him in every possible way. Kans deploys an army of demons who try to get rid of Krishna right from the moment of his birth. But Krishna each time defeats them and saves himself. What will Kans do to defeat Krishna?

A cartoon based on historical characters, Gladiators- The Conspiracy is about Emperor Adrian, who is old and sick and chooses his grandson Marcus, Domitia’s child, as his successor on the throne. But Catilius, the wicked and no scruples Adrian’s counsellor, wants to kill the child to take his place in the Empire.

Enchanted Mountains is the magical tale of a lonely boy who helps an injured fawn that he encounters on the mountain. When the fawn recovers as a result of his care, it takes him to a mystical part of the mountain where he meets eight beautiful fairies.

Bablu Dablu is an animated series about Vick, a logger, who tries desperately to log timber but two bears, Briar and Bramble, are always sneaking around to disrupt and prevent him!

Each episode in Vir The Robot Boy has a separate story where the protagonist Vir , along with his friends Gintu-the Jinn, the Chulbul-the donkey and Imli-his classmate, unravel mysteries and fight their way out of their daily battles. Mad Max, the villain, tries all possible ways to get the better of them!

Eena Meena Deeka is the story of a constant chase between a wily and hungry fox and three chicks Eena, Meena and Deeka. The fox is forever on the prowl of the chicks and the chicks are always prepared to foil his plans. Angry and defeated, the fox is even more irritated and becomes vicious!

Chacha Bhatija is an animated comedy series featuring the detective duo of an uncle and nephew living in a fictitious town called Funtooshnagar. Chacha (uncle) and Bhatija (nephew ) are more like friends and share a great camaraderie. While solving the top cases in town, they have a lot of fun! Join them on their adventures by watching the show.

Bandbudh Aur Budbak is a Hindi animated show revolving around two 10-year-old boys Badrinath and Budhdeb. Like many children of their age, the two are full of mischief and wreaking havoc, which often results in a chaotic situation for others as well as for themselves. Although meant for kids, adults are sure to enjoy this light-hearted show as well.

Which of these shows did your kids like the most? Tell us in the comments below. 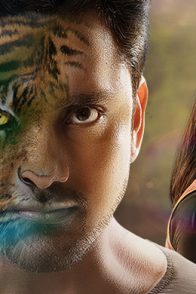 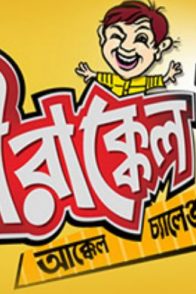 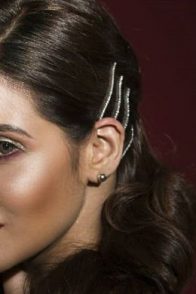 Catch up with all the episodes of Bhootu streaming now on ZEE5!

Catch Up With The Latest Episode Of Kaali Season 1 Before The New Season Is Out, Only On ZEE5.

Joyee, Stree, Boyei Gelo: 5 Shows You Can Now Watch On ZEE5 That Will Make You Nostalgic