They might be sworn enemies on screen, but off it, these Nakshi Kantha actors are actually good friends. 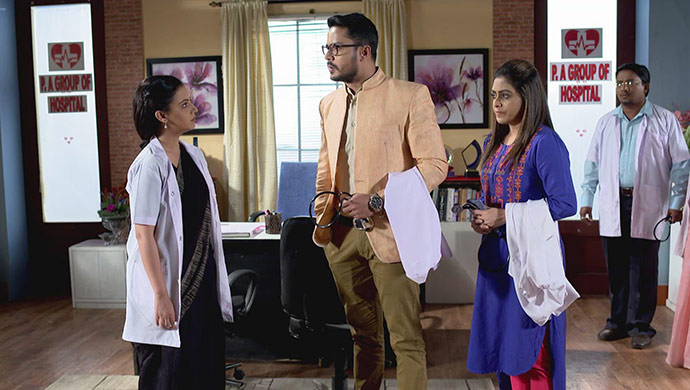 On screen in the latest Bengali TV serial Nakshi Kantha, Rohini (played by Sneha Bhattacharya) has tried to kill Shabnam (played by Manali Dey) multiple times. In the latest attempt, she almost succeeded to drown Shabnam while she was on her honeymoon with Jash (played by Suman Dey) in Sukhsari. While Shabnam survived, she lost her memory and was rescued by Debdeep. When she got her memory back, Rohini’s conspiracy had succeeded and she had married Jash. An upset Shabnam decided to divorce Jash. However, she has gone ahead and named Rohini and Swapnadip as the ones who tried to kill her and the police is presently investigating the case. Watch Nakshi Kantha below to stay updated.

While you may have seen Sneha and Manali Dey fighting it out on screen, their real-life equation is different! Manali and Sneha, who are always shown fighting onscreen, are great friends in reality. Don’t believe us? Check out this video of Manali and Sneha, aka Shabnam and Rohini, playing our favourite winter sport badminton at the sets.

Manali and Sneha can be seen cherishing their competitive spirits, by not letting the other win easily. The game continued for some time as both the stars hit the shuttlecock back and forth, until Sneha dropped it, giving Manali the final point. We love how Sneha and Manali took time out to enjoy a friendly game of badminton. Friendship goals, much?

Manali posted this video on her feed with the caption reading,” Happy Winter….”. This caption clearly shows the level of comfort and the kind of relationship both of them share offscreen. While we all may have been convinced that these actors are enemies, owing to their character, it’s clear that looks can be deceptive!

What do you think of this video? Tell us in the comments section below!

Watch The No. 1 Bengali TV Serial Trinayani On ZEE5