#ChildhoodChallenge: Take A Look At These Bengali Stars #ThenAndNow

Ever wanted to see what stars like Gaurav Chakrabarty, Ridhima Ghosh and Dhrubo S. looked like as a child? Find out right here! 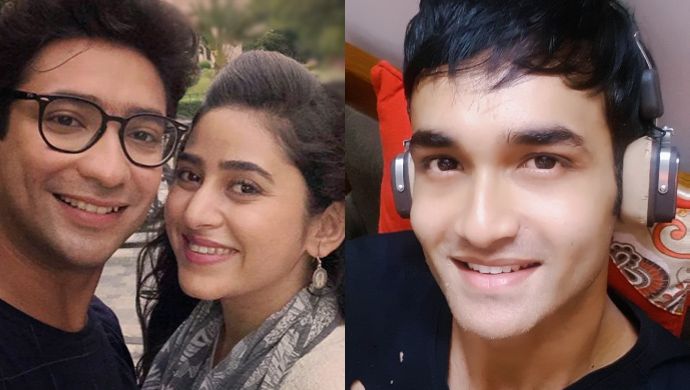 One of the latest trends on social media right now is to post a current picture of yourself alongside one from your childhood, and many of our stars are keeping it going! The ZEE5 Original Bhalobashar Shohor – Pori actors Gaurav Chakrabarty and Ridhima Ghosh, Netaji actor Dhrubo Sarkar and Tanushree Bhattacharya from Ki Kore Bolbo Tomay are among them, and you can check out their adorable childhood photos right here!

The handsome Gaurav Chakrabarty was just as cute as a kid– if not more so. Now isn’t that adorable? The eyes and smile have remained the same! We certainly cannot get over this one. Watch him in the hit film Parineeta streaming now on ZEE5.

THEN AND NOW! Thank you @chakrabortyalekhya and @cgaurav for nominating me! 💕 I will not nominate anybody!!!! Post if you want to and tag me! 😎

Nominated by husband Gaurav, Ridhima Ghosh too, has posted the sweetest picture of herself as a toddler. In both the current and childhood photos, she is wearing a combination of red and white, so although there is a contrast, the resemblance between the two is much more striking!

Dhrubo Sarkar, who plays Sarat Chandra Bose in Netaji, has also jumped on to this trend and we couldn’t be more thrilled to see him as a little lad donning a cap on his head, kajal and a teeka! It goes to show that he has always looked as innocent as he does today.

Tanushree Bhattacharya, who plays Karna Sir’s assistant in the popular serial Ki Kore Bolbo Tomay, has also treated us to a look at a photo of hers from childhood, and the difference is remarkable! Compared to the short-cropped hairstyle and a look of baggy jeans paired with an oversized T-shirt, Tanushree now certainly looks nothing like herself as a kid.

Which of these stars’ ‘Then and Now’ photos did you enjoy the most? Tell us in the comments below!

For more entertainment, watch Shesh Mess, a futuristic Bengali drama only on ZEE5.

Find Out What's Happening In Nakshi Kantha Now On ZEE5

Birthday Special: 5 Lesser-Known Facts About Ritwick Chakraborty That Will Put You In Awe