Mark your calendars for May 29, when the new season of the thrilling ZEE5 Original series drops on your favourite OTT platform. 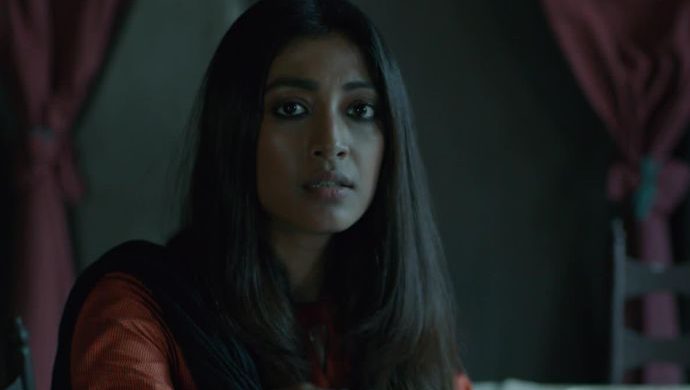 Kaali 2, the upcoming season of the action-packed ZEE5 Original series Kaali, is slated for release on May 29. The countdown has begun. Starring the talented actor Paoli Dam as the titular protagonist, Chandan Roy Sanyal, Vidya Malvade and Rahul Arunoday Banerjee in other important roles, the nail-biter of a series will finally be available for streaming after nine more days. Watch the trailer of Kaali 2 here:

In the first season, we witnessed a suspenseful string of events taking off after Kaali’s husband gets arrested on drug trafficking charges, and she is left to fend for herself and her only son, who is battling for his life in the ICU after meeting with a dreadful accident.

Kaali 2 is going to be even bigger, better and several times more thrilling than the first run, so hang on to your seats and get ready for a nerve-wracking ride! Along with Paoli, we see the actors Rahul as Aniket, Chandan as Swapan, Shankar Debnath as Dilip, Vidya as Officer Gupta, Abhishek Banerjee as Jin Liang aka Shona, Pratik Dutta as Akash and Silajit as Sanatani in the second season.

With this brand new cast, we are introduced to a slew of exciting new characters who now raise many more questions in our minds about the fate of Kaali. As she gets embroiled deeper into the dark and dangerous underworld filled with crime and life-threatening impositions, Kaali is now exposed to even more perilous risks at the hands of some of the evilest masterminds in the mafia.

However, she has found herself in such a situation out of sheer desperation to save her son, Sunny, because she has run out of all other alternatives. The clock is ticking and time is running out for a paralysed Sunny to undergo the surgery that he so urgently requires, and she needs to collect Rs 6 lakh, a colossal amount of money that the hospital has demanded, within that period.

Will Kaali manage to arrange for the sum in time by risking her neck and pulling off the drug selling transaction successfully, or will her efforts be in vain? She has made terrible enemies in the criminal world, and the police department in Kolkata is also pulling out all stops to capture her. Will Officer Gupta get the better of Kaali, or will she outsmart even her? We can only keep our fingers crossed and find out in Kaali 2!

Are you looking forward to Kaali 2? Let us know your thoughts in the comment section below.

Catch Up With Your Favourite Stars During Lockdown On The Show Priyo Tarakar Andarmahal On ZEE5.