Daawat-E-Biryani Deals With A Lot Of Issues Without Sounding Preachy, Says Suhasini Mulay

The veteran actor, who plays the role of Aafreen, known for her signature biryani, opens up to us about the movie and more. Read on for details. 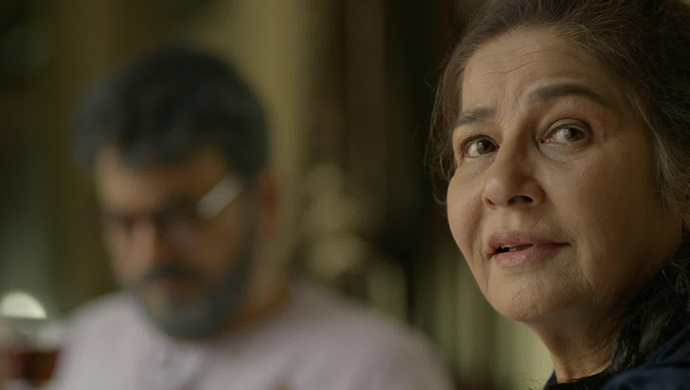 A veteran actor well known to audiences across India, Suhasini Mulay, who plays the role of Aafreen in the ZEE5 Original film Daawat-E-Biryani, is a force to reckon with. She has a National Award in her kitty (for Best Supporting Actor in 1999 for her performance in Gulzar’s Hu Tu Tu) and is someone who commands the attention of the viewer the moment she comes on screen. In Daawat-E-Biryani, where she plays the Muslim girl Aafreen, in love with her brother’s friends Ronojoy, a Hindu boy who she ultimately elopes with, Suhasini has delivered a nuanced performance. We caught up with the veteran actor about her role in the movie, and more. Scroll down to read the edited excerpts.

A. I found the script to be interesting. Beyond the cuisine, there were many more issues dealt with in the movie, without sounding preachy.

Q. How did you prepare for the role of Aafreen?

A. To prepare for the role, I watched a few movies which are based in Lucknow in order to get the accent right.

Q. Just like biryani is Aafreen’s signature dish, is there any dish that is synonymous with you among friends and family?

A. Oh yes, that would be the Jumbo Prawns Flambeau I make with Pernod Ricard.

Q. Kolkata loves biryani. Do you like biryani too?

A. I love biryani. But there are many (types of) biryanis. Each of them comes with a different nuance. I personally prefer Hyderabadi biryani with mirchi ka salan and cut tomatoes.

International Tea Day: Easy Recipes Of Tea-Based Drinks To Make You The Kitchen…

Q. Have you tried Kolkata biryani?

A. I have tried it, but only take away. I will have to visit Calcutta again to try the real stuff!

Q. How was the shooting experience? Any foodie moments?

A. Having ilish maachh bhaja with khichudi on the sets was a good foodie moment during shooting.

Q. How was the experience of working with veteran actors like Chiranjeet and Jayant Kripalani?

A. Jayant is an old friend and Chiranjeet was charming. It was a good experience.

IN PICTURES: Check Out How Your Favourite Stars Celebrated Lakshmi Puja