Despite Being Childish, I Like How Passionate Akash Is, Says Arnab Banerjee Of Alo Chhaya

Arnab Banerjee from the popular serial opens up on his work, other interests and more. Read on. 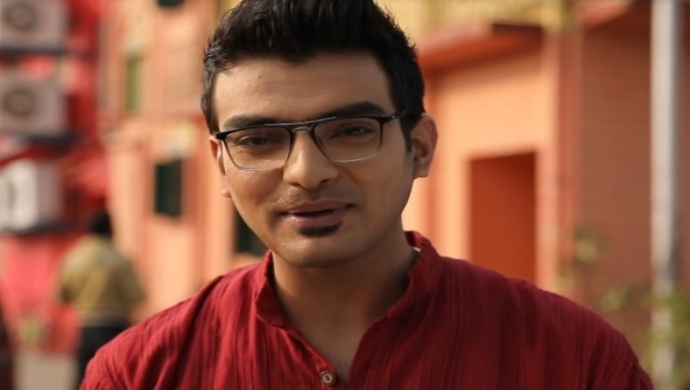 Arnab Banerjee, who has previously acted in Bibi Chowdhurani and Jani Dekha Hobe, plays Akash in the latest Bengali TV serial Alo Chhaya. He tells us all about shooting for the show and his interests off the screen in this exclusive interview with ZEE5. Here are the edited excerpts. Read on as you watch the latest episode below.

Q. How did you get the role of Akash?

A. Previously, before Alo Chhaya, I was in Ashalata. After my project ended, I wanted to do something different and took a three year break from acting. Alo Chhaya happened after this break, when I wanted to work with Zee and landed the role after auditioning for it.

Q. How did you prepare for the role?

A. None of the roles I had played earlier were anything like Akash, who is a childish and mischievous character. My earlier characters were very obedient. This was very different, so I tried to portray him according to the brief given and between shots, the director would also guide me on the specifics of this character.

A. Despite being slightly bratty, Akash does have some very endearing qualities. For instance, I like how passionate he is about his interests. He is persistent in his pursuit of music which I admire. Also, being a good musician makes him cool at school and I like that.

Q. Describe a typical day on the set of Alo Chhaya?

A. We are shooting on set most of our waking hours, so the cast and crew have bonded very well and we feel like a family now and that’s great. We are a very young and vibrant group, and I love the energy that’s shared.

Q. Did you enjoy working with any particular actor the most?

A. Well, sharing the screen with the likes of Kushal Chakraborty and Bidipta Chakraborty was great. Having seen them on screen since childhood, it is a special kind of honour and there is much to learn from them. They are also lovely people and I respect them a lot.

Q. What are some things you enjoy doing when you are not shooting?

A. I watch a lot of movies when I get the time. I am also interested in screen-writing. On my three-year break, I took time off to study screen-writing. Apart from acting, screen-writing is something I want to master. I have also worked as a web developer in a production company for a year. But after three years, I wanted to return to acting, a passion that I’ve nurtured since childhood.

Q. What was the last place you traveled to?

A. The lush green hills of Ooty! I love the hills. I also hope we get to travel on shoot for Alo Chhaya, that would be amazing.

Q. Do you have a message for your fans?

A. I am incredibly honoured by the response my role as Akash has received. It is truly gratifying, so I am thankful to them.

What do you think about Akash’s character? Let us know in the comments section below.

Watch Parambrata In Action In Sharate Aaj Only On ZEE5.

Watch 8 Of Your Favourite Stars In These Blockbusters On ZEE5