Did You Know Nakshi Kantha’s Shabnam Aka Manali Dey Was In This Bengali Movie?

Catch Manali Dey in a different avatar in Nimki Phulki. 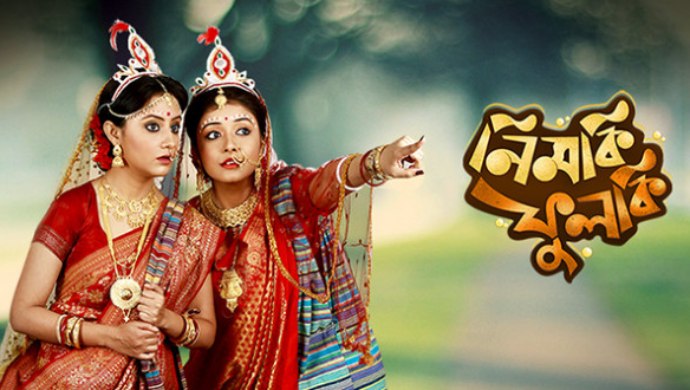 In the latest Bengali TV serial Nakshi Kantha, actor Manali Dey plays the role of Shabnam, a girl from a conservative Muslim family who fights against all odds to become a doctor. She falls in love with Jash (played by Suman Dey), who helps her in her mission to become a doctor. They get married despite much opposition and later separate. As you watch Shabnam getting married to Debdeep (played by Indrajit Chakraborty) now in the TV serial, we got for you a film where you can see more of Manali’s acting skills.

Yes, while Manali made her mark with Nakshi Kantha, she is not a new face in the Bengali industry. She had done many significant roles in serials and movies alike. You can watch her in one of them — Nimki Phulki — on ZEE5.

If you haven’t watched it yet, check it out here.

The movie, Nimki Phulki, shows the story of two sisters — Nimki and Phulki — who are known pranksters in their area. Their pranks and drive for justice always seem to spell trouble for the villagers. When the sisters try to expose two wealthy men from the village, they end up endangering themselves. The men want to marry these sisters and propose marriage. However, when the wedding day comes close, the sisters run away to the city and begin their makeover to suit the fast-pace of city life.

Try Out These Weekend Destinations Like Shabnam Aka Manali Dey

Check out the thrilling story of the new ZEE5 Original series, Karkat Rogue.