Did You Know Ranima Aka Ditipriya Roy Played A Die-Hard Dev Fan In A Movie?

Watch her in the film Dev I Love You on ZEE5. 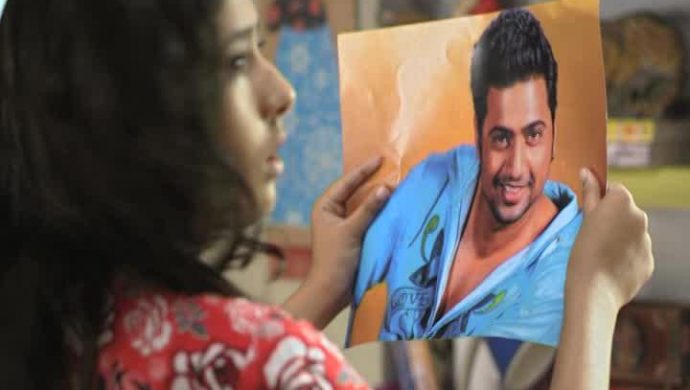 We love her as Ranima, aka Rani Rashmoni — the historical figure – in the popular Bengali TV serial Rani Rashmoni. Ditipriya Roy may be quite young, but she plays the role of the formidable zamindar of Janbazaar in Kolkata quite convincingly. The historical figure is famous and popular as she went beyond the conventional roles assigned to a woman in the 19th century. She took courage in her hands and took over the reigns of the zamindari after her husband’s death, defied the British and flourished in her businesses and philanthropic activities, ably supported by her son-in-law Mathuramohan Biswas aka Mathurbabu (played by Gourab Chatterjee).

But do you know that before playing Ranima in Rani Rashmoni, Ditipriya played the role of a teenager madly in love with superstar Dev? Don’t believe us? Watch her in the 2016 Bengali drama Dev I Love You below.

Directed by Abhimanyu Mukherjee, the Bengali film Dev I Love You also stars ace director Raj Chakraborty. The other actors include Debomoi Mukherjee, Soma Chakraborty, Supriyo Dutta and Prabir Dutta. In the film, Ditipriya plays the role of Chanpa, a teenager who is still studying in school. She is a die-hard fan of superstar Dev. In fact, she is so obsessed with the superstar that she even fights with her parents and decides to travel to Kolkata on her own in order to meet Dev.

Will she be able to meet Dev? Will the harsh realities of life that she will face in Kolkata dampen her obsession and bring her back to her senses? You will have to watch the movie to find out.

Did you like the movie? Let us know what you think of Ditipriya’s performance in the comments section below.

IN PICS: Cockpit Star Dev Learns How To Play Football From Bhaichung Bhutia

Want to watch Dev? Watch him in Cockpit on ZEE5.