Exclusive: Check Out This BTS Video From The Sets Of Ki Kore Bolbo Tomay

Actor Swastika Dutta shares a goofy video we are sure you will enjoy watching. 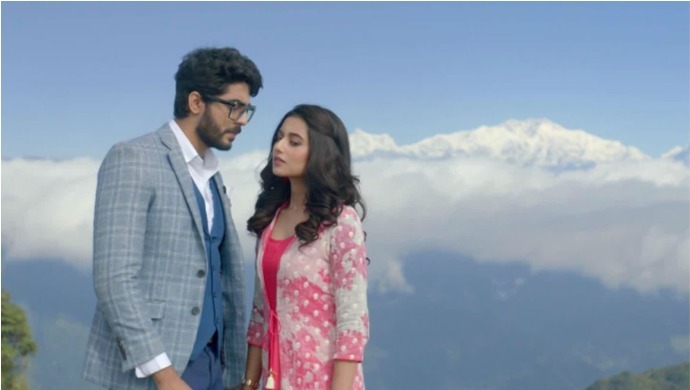 Going behind the scenes is always a fun way to get to know our favourite actors and their off-screen avatars. So when Swastika Dutta, who plays the role of Radhika in the latest Bengali TV serial Ki Kore Bolbo Tomay shared a video of their antics at the sets, we couldn’t be happier. It is a really fun video where she and her on-screen Kakima (played by Arpita Mukherjee) can be seen together. In the BTS video, Swastika is dancing to the song Uff from the movie Bang Bang and trying to throw in some dance moves around her Kakima, who seems totally amused.

Watch the video below.

The way Swastika is dancing will remind you of the inner child in you. That inner child, who is able to enjoy each moment even through important work and hectic schedules. After a while, Swastika’s moves even make ‘Kakima’ swish her head around and join her in the groove. She also looks at the cameraman and smiles and sings along with the song.

When you work with people you bond with, you form everlasting and memorable bonds with them. Such is the case even with Swastika and the other cast. The cast and crew of Ki Kore Bolbo Tomay seem to be enjoying their time on the set with each other. They are often seen indulging in lots of goofy stuff while shooting the series. Swastika loves acting in the show and keeps sharing its videos and promos on her feed.

She also shares her photos from the set with her co-actors. She may also give you some spoilers, but we are sure that they will be worth it. Also, do not miss out on her pictures of candid moments in which she expresses her real-self flawlessly. Watch this latest Bengali TV serial below.

Watch The No. 1 Bengali TV Serial Trinayani On ZEE5