EXCLUSIVE: Don’t Have It Easy, I Also Audition Like Everyone Else, Says Jaan Kumar Sanu

Singer Jaan Kumar Sanu makes his Bollywood debut with the Celina Jaitley and Lillete Dubey starrer, and tells us all about it. Read on. 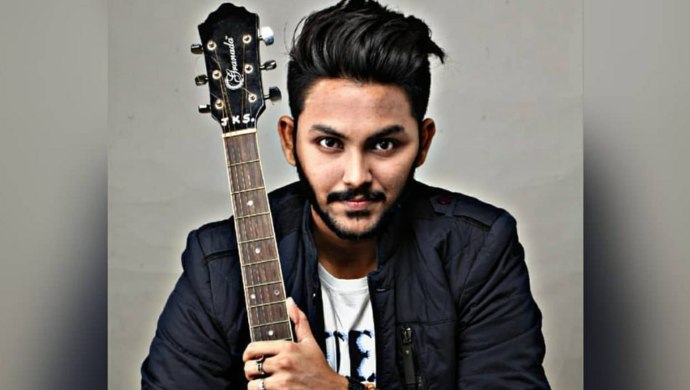 A tribute to Rituparno Ghosh ZEE5 Original film Season’s Greetings, directed by Ram Kamal Mukherjee, stars actors Celina Jaitley and Lillete Dubey in the lead roles. The story is a tribute to the late Rituparno Ghosh, the great actor, director and cultural icon, and has just been launched on ZEE5. And making his musical launch in the film is ace singer Kumar Sanu’s son Jaan Kumar Sanu, who sang the title track. We caught up with the Mumbai-based singer in an exclusive chat. Here are the edited excerpts:

Q: You made your debut in Bollywood with Season’s Greetings. Can you tell us about your experience singing for the film?

A: When Ram Kamal (Mukherjee) Da first called me and told me about it two years ago, I was very excited! He told me that the song I had to sing would be a version of Rabindrasangeet that (Rabindranath) Tagore had written for Bhanusingher Padabali, so I was very daunted. This is because there are strict rules from Visva Bharati University about modifying Rabindrasangeet, and I was very nervous about pulling it off correctly. However Ram Kamal Da was very reassuring and provided me with all the help I needed to be able to do a good job. The song was to be performed in a Maithli accent– something I was not familiar with, but Sarbani (Mukherjee) Di was there to help me with pronunciation and saw to it that I got it. It went smoothly, everybody was very helpful and yes, it was very special for several reasons! Big B (Amitabh Bachchan) unveiled the first look of the film, which is incredible because he had done the same for my father (singer Kuman Sanu). In fact, my father and he have worked together quite a bit where he has been his voice in films like Inquilab and Sooryavansham, so this was a full circle moment! Most of the Bachchan family have worked with the late Rituda, so it was fitting that he did the honours.

Season’s Greetings was also to be launched when unfortunately, the Coronavirus pandemic broke. We had all been looking forward to its release, so this threw us off. However, on my birthday (on April 15), Ram Kamal Da called me up to wish me and said he had a surprise gift for me. He said it was a ‘boi’ (Bengali for book), so I thought, cool. Only later when he went on to tell me did I realise it was the film, and was over the moon!

Q: Tell us about your journey in music. When did you first start singing?

A: I actually started singing when I was three years old– even before I started talking! I would sing Jai Ganesha often. There was a Ganesh pandal in front of our house, and they would sing bhajans regularly during the puja which I picked up. I started training at three too. The teacher who would come to our house was meant for my older brother, who was five then. He would just end up falling asleep on his lap, though so I joined in instead. Also, I owe most of my musical influences to my mother’s side of the family. My dida gifted me my first harmonium, and my mother is a seasoned singer too — she just didn’t pursue it as a career (laughs). You should hear her today, she sounds just like a professional.

Q: Wow! Will we hear your mother’s voice in any of your music then?

A: Definitely, I do plan to feature her in my songs in the near future, so get ready!

Q: Do you ever feel pressure from the industry because of your lineage? Is it difficult in any way to be the famous singer Kumar Sanu’s son?

A: Of course, we have a huge amount of pressure to live up to expectations and are judged even before we can open our mouth and get the chance to showcase our talent. Any action we take is quick to be noted for criticism and we are always in the public eye. Many people assume that we have it easy because of our background, and sometimes dismiss our challenges and efforts. I too, audition like everybody else, and have had to struggle to get where I am. However, at the same time, it is an honour and a matter of pride to be my father’s son, and I am incredibly grateful for it, but yes, it can be tough.

Q: What else can we look forward to in Season’s Greetings?

A: Season’s Greetings has turned out to be an amazing film, and I couldn’t be happier to have been a part of it. Composer Shailendra Da did a fantastic job with the music, as did the entire cast and crew. Celina Jaitley makes a comeback in it after many years. You know, I didn’t know she was Bengali and was floored by how impeccably she speaks the language! It’s even better than mine. Lillete Dubey is awesome as always, and actor Azhar Khan also made his debut in it. You will totally love watching the film. Ram Kamal Da, producer Aritra (Das) Da and Shailandra Da were fabulous, and the film pays a most fitting tribute to Rituparno Ghosh, and will make you nostalgic about Kolkata.

Q: Are you continuing to sing while at home for quarantine?

A: Absolutely, I’m preparing to put out music for people to hear at this time, so I’m excited. I also recently made my debut in Kolkata for Rajesh (Roshan) Da’s Bengali film, Roktomukhi Neela, so there is a lot in the pipeline.

Q: Do you have a message for your fans?

A: Yes! Please stay home and stay safe! I know it is a difficult time, but the more we follow this now, the sooner we can come out of it too.

How did you enjoy hearing Jaan Kumar Sanu’s story? Tell us in the comments below!

Catch Up On All That Has Happened In Alo Chhaya, Now On ZEE5.

Bagh Bondi Khela, Trinayani: 5 Supernatural Serials To Watch If You Love The Genre