In an interview with ZEE5, Vidya Malavade who plays Officer Gupta in Kaali 2 shares her experience about preparing for her role & shooting in Kolkata. 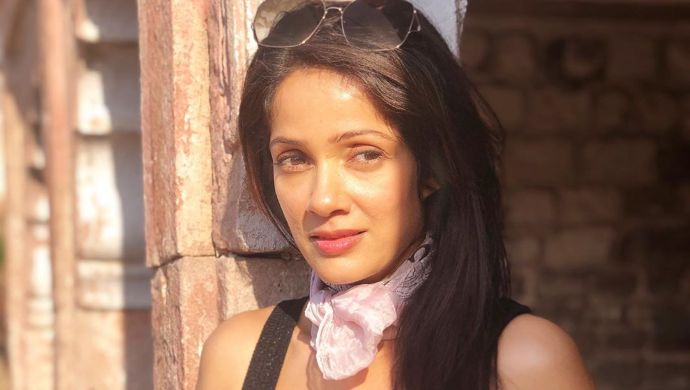 The second season of Kaali has several surprises waiting for us, one of which is the appearance of the lovely Vidya Malavade of Chak De India fame. We spoke to her and she proved to be incredibly down-to-earth and friendly, apart from being a brilliant action heroine!

Watch the trailer of Kaali 2 below:

Q. Tell us about working with the cast and crew of Kaali 2.

A. I’ve had a ball actually, working with the cast and crew! Rohan (Ghosh) (director of the season) came into the picture much later and I will always pull his leg for that, but I think from the word go it was a blast. I really enjoyed being in Kolkata over the period of time that it was shot. I think the work culture in the city is quite different from Bombay and I really loved that because I felt everyone takes care of each other. It’s there in Bombay as well, but I really felt it here (Kolkata). I would have felt like an outsider otherwise, but I didn’t. It was an extremely warm and hospitable work environment. These guys are really fast! They’re on a horse all the time- they know exactly what they want, how to get it and they really got the job done. I had a wonderful time. I made friends because of the people on that show and fostering great professional relationships are important to me and I really appreciate it. And food! Calcutta truly outdoes itself when it comes to that.

A. Honestly, when Rohan first told me I thought it was a joke at first! I asked him for the script to make sure everything was real and he wasn’t just pulling a prank on me. (laughs) But no, I heard the role was going unfulfilled for a long time till they told me, and I couldn’t be happier.

Q. Did you enjoy working with any particular actors or crew members the most?

A. Everyone was warm and friendly. I mostly worked with Rahul Banerjee, Abhishek Banerjee. It was lovely bonding with them and of course, Paoli Dam and Chandan Roy Sanyal were very sweet too.

Q. How was working on Kaali different from a big-screen production like Chak De India?

A. Not much different to be honest! They shot it like a film, so it wasn’t vastly disparate. I think every production is its own thing though. We got the work done fast and just how we wanted it.

Q. How did you prepare to get into the character of Officer Gupta?

A. There was not much time to prepare in advance as such, but Rohan and Vikram’s direction really helped me to see what he was going for, so I followed what they had in mind. It was a bit of a challenge because I never saw myself like Officer Gupta (that’s why I was surprised when Rohan asked!), but it felt very empowering to do it. Also, I watch Kiran Bedi quite a bit, so that helped, but otherwise, it was just about translating what they saw in front of the camera.

Q. What would you like to tell your fans?

A. There is a big surprise package waiting for you in Kaali 2, so don’t miss it! It’s even bigger and better, so you’ll be in for a real treat on 27th March 2020.

Which character from Kaali is your favourite? Let us know in the comments section below.

Get all caught up with Jash and Debdeep’s lives in Nakshi Kantha, exclusively on ZEE5.

Have You Heard What The New Challenge Facing Radhika Is? Find Out In Ki Kore Bolbo Tomay.