Nakshi Kantha’s Shabnam opens up about Jash versus Debdeep, her plans for Valentine’s Day and more. Read on. 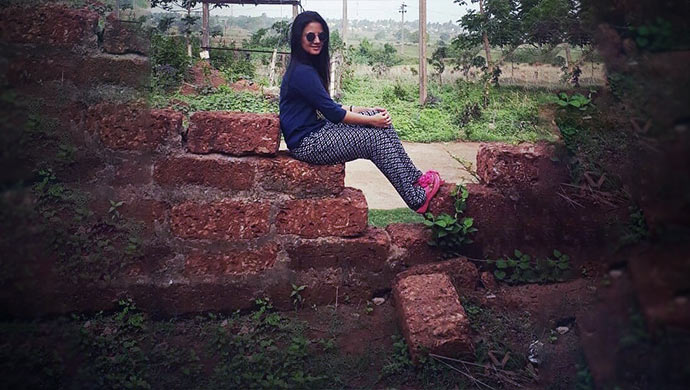 In the latest Bengali TV serial Nakshi Kantha, actor Manali Dey plays the role of Shabnam Khatun, a Muslim girl from a conservative family who fights all odds to become a doctor. In the process, she meets Jash (played by Suman Dey), who helps her in her mission and even goes on to marry her to save her from being forcefully married. However, a lot of events have happened since then and Jash and Shabnam are no longer together, even though deep inside they still love each other. Jash has moved away from Shabnam in order to protect her from Rohini who has tried to kill Shabnam multiple times. Shabnam is unaware of Jash’s sacrifice and is all set to marry Debdeep (played by Indrajit Chakraborty) who saved her and nursed her back to health and helped her fight for justice against Rohini. Watch the latest episode below.

In the concluding part of our two-part interview with Manali, she speaks about what she likes best in Jash and Debdeep, her own love life and love from fans. Here are the edited excerpts:

A. Jash is a kind of person who goes by what others say. He is someone who can love a lot. He also has a human ground. He got Shabnam to his house, rescued her and married her. Debdeep is someone who can give space in a relationship. Jash always wants the other person to be the way he wants, but Debdeep is not like that. He is more of a friend.

Q. What are the qualities that you look for in a man?

A. For me the most important thing is being a friend. And yes, space is very important in a relationship. He should understand me. He shouldn’t be like Jash – karu kotha shune palti kheye jaye, sherom na holei cholbe.

Q. Valentine’s Day is coming up. If you have to take your loved one somewhere, what are the places where you would go?

Q. You get so much love from fans, you must be getting a lot of fan mails…

A. I do, but I can’t stay as active as Suman. But I read everything. What I find the funniest is that people get very angry with us. They are like why did you do this…People are so involved in the story. In between, there was a time when Jash had become a villain for everyone. So that’s something I find nice. Whatever feedback we get, like people were angry with Jash…that’s because he portrayed the character so well that people were angry with him. So that is something I find to be a success.

Q. Any message to your fans?

A. I will say just one thing. The way you are loving us and watching Nakshi Kantha, stay with us the same way. What will happen in the future we really don’t know, but there’s a Shah Rukh Khan dialogue that I would like to say: ‘End mein sab kuch theek ho jata hai.’ So, I would say wait till Nakshi Kantha ends to see what happens.

Valentine’s Day Special: 5 Reel Couples Who We Are Totally In Love With Right…

Stay tuned to see what happens this week.

Watch Phirki, A Unique Story With A Social Message, On ZEE5

Where Do Ki Kore Bolbo Tomay’s Karna And Radhika Want To Take Their Dates? We Find Out