From Holidays To Rooftop Parties, Here’s How Your Favourite Stars Rang In 2020!

We got you all the details of how the Tollywood celebs said hello to the new year. 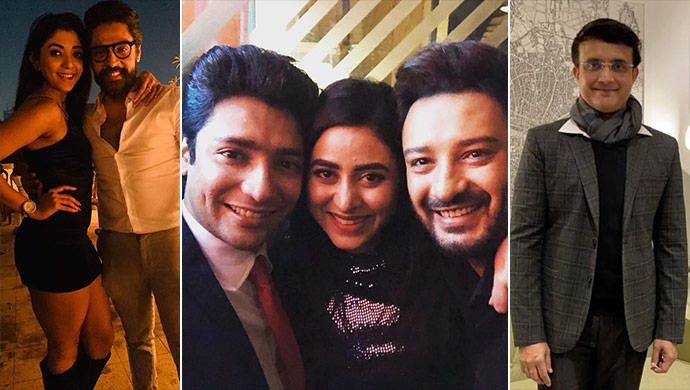 Happy New Year! A new year and a new decade are here, and everyone is excited about starting the new year with a bang. The same holds true for all our favourite celebrities as well, many of whom brought in the year in style. From enjoying a grand party like Subhashree Ganguly, to making the most of serene spots in faraway cities like Barcelona, our beloved Bengali stars have celebrated New Year’s in a grand way. We got you all the details.

Parineeta star Subhashree Ganguly ended her year with a grand party. She spent the whole night partying with her director husband Raj Chakraborty. She welcomed the new year by dancing the night away with her loved ones! Is there a better way to start the year? Watch her in Parineeta below.

Beautiful city lit up .. 500 metres from my place .. such a pretty site on New Years

Looks like BCCI president and Dadagiri Unlimited Season 8 host Sourav Ganguly has gone back to his favourite place London. He shared a stunning shot of the skyline, with Ferris wheels and a fair in full swing. He also posted another photo, nattily dressed in a plaid suit, wishing everyone a happy new year.

City of architecture…🥰 Sagrada Familia…La Rambla…Font Magica. Every location peice of art.. Shopping to die for..😉😉😉😉😉

Like Dada, Didi, aka Didi No. 1 host Rachna Banerjee has gone abroad too. She is holidaying in Spain. The actor rang in the new year in Barcelona and saw the ball drop at the Font Magica water show.

This New Year’s was a special one for Jeet, as the actor has a new movie coming up on January 3. The caption for the photo posted by him reads, “#Asur Promotions in full swing,” clearly indicating that he spent the last day of the year promoting the film. Now that’s what we call a hard-working and dedicated guy, right?

Tollywood superstar Prosenjit, who doesn’t miss out on birthdays and special occasions, started his year on a positive note. He posted a video thanking his family, friends, directors, producers and all the people who have supported him in the past year!

Shorshe Ilish star Indraneil Sengupta is currently vacationing in Paris with wife Barkha Bisht and their daughter. He posted a gorgeous photo with her along with a message reading: “Looking at more peace, happiness and love in 2020… Happy New Year everyone.”

The actor also posted a snap of him talking a midnight walk, with a caption that read, “Well, walking into 2020.” Nicely done Indraneil!

With the lady on the last night of the year

Last evening of the year with the naughtiest kid on the block. @roy_ditipriya

Rani Rashmoni star Gourab Chatterjee preferred throwing a house party with girlfriend Devlina and co-star Ditipriya Roy in attendance. Check out these pictures which show how much fun they are having.

Bokul aka Bokul Kotha star Ushasi Ray is holidaying in Egypt and that’s where she spent her new year, checking out monuments and swimming in the sea.

How did you welcome 2020? Tell us in the comments section below.

VIDEO: Suman Dey's Hilarious Take On The Bitter Cold This Year Is A Must Watch