Getting A Lot Of Mails From Rani Rashmoni Fans For Bhalobashar Shohor: Gourab Chatterjee

The actor opens up about playing a gay character in Kolkatar Kobitara, his favourite dating spots in the city and more. Read on to find out. 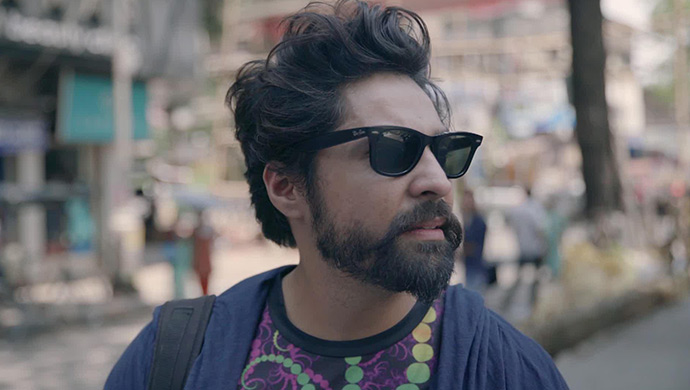 He plays the popular character of Mathuramohan Biswas in the Bengali TV serial Rani Rashmoni. In ZEE5 Original film Bhalobashar Shohor – Kolkatar Kobitara, though, you will see actor Gourab Chatterjee in a different avatar. He plays Angshuman, who has travelled with his partner Mallar (played by Saurav Das) to Kolkata to convince Mallar’s traditional family about their love for each other. Through twists and turns, Mallar’s family finds out about them. Do they accept the couple? You need to watch the film to find out. Meanwhile, we chatted with Gourab about Kolkatar Kobitara and more. Here are edited excerpts.

Q. What made you take up the ZEE5 Original film Bhalobashar Shohor – Kolkatar Kobitara?

A. The project has a social message — something that needs to be delivered to the society. We should be aware. Our perceptions need to change. The way we look at things need to change and that could be done through this project. That is what attracted me to do this film. It’s not just for the purpose of entertainment. It’s something more. And if I could be a part of such a project, why not?

Q. Did you have any apprehensions about playing a gay character on screen?

A. I didn’t have any apprehensions or inhibitions about playing a gay character since I’m not a homophobic person. When we sat down with the script/story, I just made sure that viewers should get the story as intended.

Q. You also play the role of Mathuramohan Biswas in the popular Bengali serial Rani Rashmoni. Did you feel the audience might not accept you as a gay character?

A. Playing an iconic character from the pages of history is sheer pleasure and this character in the web film is totally different from the television show that I’m doing. So for any actor, that’s a delight. I don’t think these days people have these reservations. Viewers are smarter and they accept you as an actor. They don’t always expect you to be the character you portray. Having said that, they do kind of like stay in that illusion of belief. I have been getting a lot of fan mails and DMs from the fan pages of my TV show. They have been ardent fans of Rani Rashmoni and they have all watched Bhalobashar Shohor – Kolkatar Kobitara which they loved immensely.

Q. How did you prepare for the role?

A. Well, the character of Angshuman has been in the US where he has been brought up. So he definitely had to have an American accent. I tried to inculcate that by watching American shows and movies and concentrating on their accent. The rest was okay.

Q. Kolkata is bhalobashar shohor. What are your favourite dating spots in the city?

A. My favourite dating spots would be the Lake, Southern Avenue, Swimming Pool in Salt Lake, Victoria Memorial, Vivekananda Park. A drive on the EM Bypass on a rainy afternoon…

Q. How would you describe bhalobasha?

A. Everything about this city makes it bhalobashar shohor. The warmth, the fuchka, the evening strolls, the time here moves slowly and every second can be felt even in the hustle and bustle of the city. The food. The rickshaws. The old houses. The extended families…

A. A film with Devlina (Kumar) which is yet to release. A web series. And a film yet to be shot in November or December.

Did You Know Babu Rajchandra From The Popular Serial Rani Rashmoni Is A Brilliant Cook?

ALO CHHAYA 8 July SPOILER: Alo Manages To Get Her Hands On Evidence Against…

How About A Kiss