Ushasi fans, here is great news for you. She is coming back with a new serial based on the life of Kadambini Ganguly, Bengal's first female doctor . 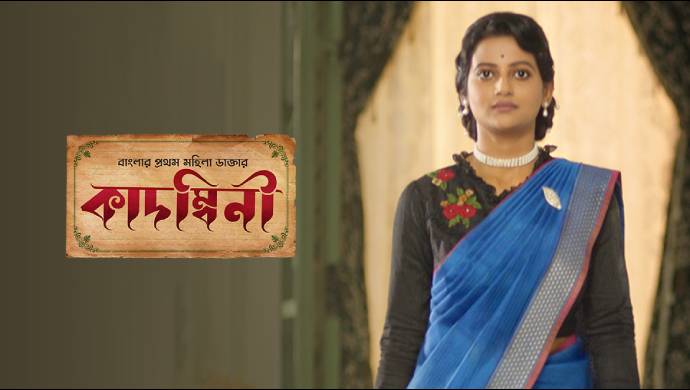 The Bengali TV serial, Bokul Kotha, was a hit with the audience. It was the story of Bokul (played by Ushasi Ray), a girl with a tomboyish personality who becomes a police officer. All the hardships that she faced in this due process, spoke about the harsh conditions of the society. However, Bokul set a new example as a bold woman motivating many others too. Watch all episodes below.

After entertaining the audience, Ushasi is back with a brand new serial — Kadambini. This serial gives the audience a look into the life of Kadambini Ganguly, the second female physician in our country. Showing the various struggles and misconceptions that the society held during the pre-independence time, the show manages to highlight the issues of female inequality. The show sheds light on the various malpractices that were done against women who dared to defy these set rules to do something different.

Ushasi has once again taken up a role of a strong-willed woman, who is all ready to face the challenges thrown at her. The actor posted a teaser video on social media recently. If you haven’t seen it yet. Check it out.

In the video, we see a family waiting for a doctor. As the carriage arrives, the man of the house rushes to greet the doctor at their door. While all of the people present there expect a man to come out, they are shocked to see a female coming out from the carriage. While they all look at her in surprise, she asks about the patient and rushes ahead to meet her. This trailer clearly shows the state of women back in the time. With so many restrictions already in place, the society wasn’t ready for a female doctor. But, no matter what, Kadambini established herself as a well-reputed doctor who was loved by all and inspired many more women.

Did You Know These Things About Your Favourite Character Bokul Aka Ushasi Ray?

Watch the love-story of Karna and Radhika in the hit serial, Ki Kore Bolbo Tomay on ZEE5.