Guess Who Partied Together On New Year’s Eve? It’s Ranima And Mathurbabu

Ditipriya Roy and Gourab Chatterjee from Rani Rashmoni got together with friends to ring in the new year. 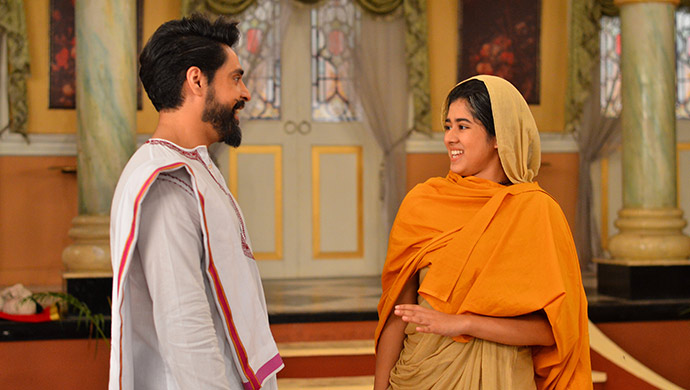 New Year’s Eve is incomplete without parties with friends and family. Just like us, our celebs partied too. Those who were not travelling and instead were in Kolkata, got together with their close ones to ring in the new year. Actor Gourab Chatterjee aka Mathurbabu from Rani Rashmoni threw a rooftop party at his residence and apart from girlfriend Devlina Kumar and other friends, his co-star from the show, Ditipriya Roy, aka Ranima, attended too.

Check out their photo from the party here.

Last evening of the year with the naughtiest kid on the block. @roy_ditipriya

Here are some other photos from the party:

The last evening of the year with them ladies.

Last evening of the year with them

Last eve with this bunch

With the lady on the last night of the year

While their relationship on screen is a serious one, with Ditipriya playing the role of Gourab’s mother-in-law, off screen, the two are great friends and share a gala time at the sets. They share a great chemistry. For Ditipriya, Gourab is like an elder brother. “We fight a lot. We pull each other’s legs all the time,” Ditipriya had told ZEE5 in an interview.

The actors had a gala time at the party which took place in Gourab’s Bhawanipore house. They looked adorable as they posed for this picture together. Gourab wore a black overcoat over his white formal shirt, which he teamed with straight-fit trousers while Ditipriya kept her look simple, pairing a white long shrug with a casual T-shirt and jeans. Gourab’s caption of the post read: “Last evening of the year with the naughtiest kid on the block.”

Looks like both the stars definitely started their year on a spirited note. Check out what all is new in the latest Bengali TV serial Rani Rashmoni below.

VIDEO: Suman Dey's Hilarious Take On The Bitter Cold This Year Is A Must Watch