From auditions to preparations, here’s what the ZEE5 Original series actor has to say about the medical thriller. 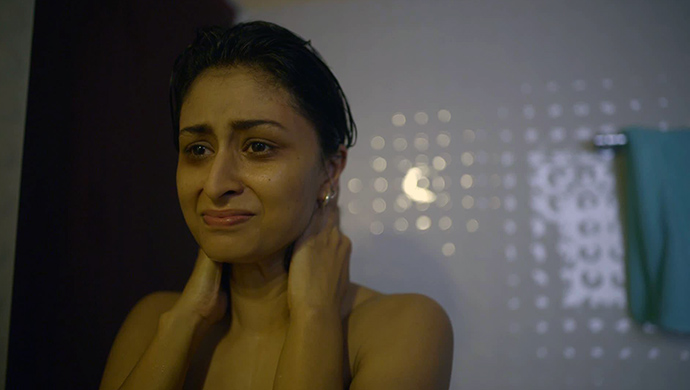 She has been in the industry for only a short period of time, but Chitrangada Satarupa has already managed to make a mark for herself. The Bengali girl, who comes from a family of filmmakers, has delivered a great performance at the recently-launched ZEE5 Original Series Karkat Rogue, her first bilingual web-series. Watch it below.

Karkat Rogue focuses on the subject of medical corruption. Drawing similarity from the disease of cancer, the show manages to show corruption in the same light, because like the disease it kills the society from inside. Chitrangada, the lead actor, portrays the role of a breast cancer survivor, due to which the creators of the show took the call to make her look pale. In order to amplify this effect, the star also had to wear a lot of loose clothes.

While talking about how she got the role, Chitrangada says: “I had to audition for it.” As the character had a strong role and demanded a lot, the creators made sure to filter properly to finalise the actor. The role dictated the protagonist be shown as an idealistic person with a layered personality because of her post-surgery depression. And she loved the part of how a post-mortem surgeon does her job, unlike other films where everyone’s doing a love story.

From talking to real surgeons to learning to hold a scalpel from a professional, the star made sure to learn about her role down. Since the character of Beas required her to portray the role of a cancer survivor, she read interviews of a lot of cancer survivors. She had a chance to watch a documentary on breast cancer survivors made by her mother, Satarupa Sanyal. All these helped her shape the inner workings of the character better.

Since it’s a bilingual show, she had to manage to remember her lines in two different languages. “But it was a good challenge for me,” she told ZEE5. Even though Bengali is her mother tongue, she claims to have an easy time acting in Hindi due to her experience of doing theatre.