This delightful romantic comedy will put you in just the lighthearted mood you were looking to be in. Details inside! 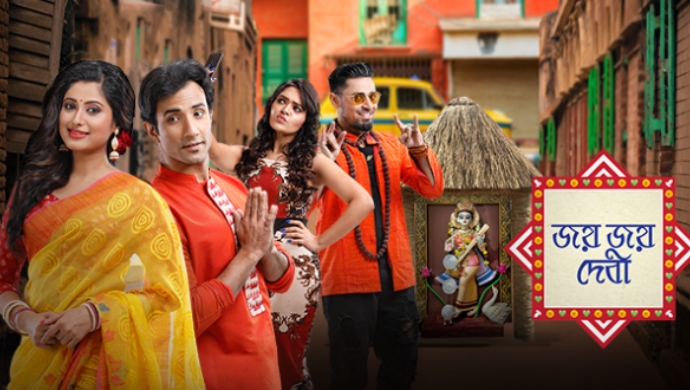 Jayo Jayo Debi is a ZEE5 Original film. It is a Bengali romantic comedy film released in 2019, which was directed by Arijit Chakrabarty. Starring a host of talented actors including Sanchaari Das, Neha Amandeep, Saptarshi Maulik, Saborni Saha, Rishav Basu and Pritha Sengupta, this latest Bengali film will cheer you up instantly!

The storyline of Jayo Jayo Debi centres around six young friends who come together to organise a Saraswati puja in their neighbourhood. They decide to invite a young priest who chants mantras in the style of rap music. However, not everything is smooth sailing, as this prospect brings to light many differences among them, and they cannot bring themselves to agree with each other on every point of planning. They meet with some conflict between each other, which sometimes makes you wonder what course their friendship with each other will take.

However, although these friends meet with their fair share of challenges when it comes to executing the Saraswati puja of their dreams, it remains clear that their bond, which is at the core of this plan, is strong enough to weather the factors of differences and time. In fact, each of the character’s unique personalities and quirks is what makes Jayo Jayo Debi such a hilarious watch! Their squabbles and their encounters are incredibly entertaining. Join them as they invariably manage to land themselves into some bizarre situations, and then try to extricate themselves from it. As well, Saraswati puja being the Bengali equivalent of Valentine’s Day is the perfect time for romance – or an attempt at it!

The music of Jayo Jayo Debi is also a lot of fun, featuring lots of rap in the soundtrack. The entire concept of the film is refreshingly original, and steeped generously with colourful jokes, you will be laughing all the way through watching it! This one is a must-watch for anyone who wants to boost their spirit and remain in exceptionally good humour.

Are you looking forward to watching Jayo Jayo Debi? Let us know what you think in the comment section below.

Breakfast Special: 4 Healthy Dishes From Rannaghar That You Can Whip Up In No Time

Priyo Tarakar Andarmahal 28 April 2020 Written Update: See What Netaji Actors Are Up To