Here’s Why You Should Add Panther: Hindustan Meri Jaan’s Songs To Your Music List

It might be an action movie, but the Jeet and Shraddha Das starrer has quite some amazing music. 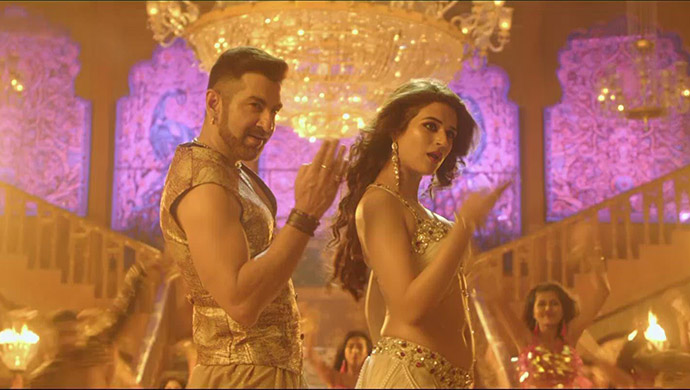 In the new year, ZEE5 has some exciting surprises planned for all its viewers. The year begins with a bang with the world digital premiere of Tollywood superstar’s Jeet’s blockbuster movie Panther: Hindustan Meri Jaan, where he is paired opposite Bengali girl and south hottie Shraddha Das. The action drama is directed by Anshuman Pratyush. The film depicts the story of an undercover agent Panther, who is on a mission to stop a terrorist attack. The stellar acting skills of Jeet as a rugged and patriotic agent, so justice to the intense narrative. Watch the movie below.

While the plot seems quite engaging, the film’s stellar music is another reason why you should give this Anushuman Pratyush directional. The soundtracks composed by Savvy, Suddho Roy and Amit-Ishan add beauty to the flawlessly penned lyrics by Ritam Sen and Suddho Roy. From a moving patriotic number like noted playwright and author Bankim Chandra Chattopadhyay’s Vande Mataram to a peppy number like Marhaba — the wide range of the music in this film is thrilling and entertaining to listen to. Each song is distinct and unique, and they add value to the storyline of the film.

Get ready to experience a sense of patriotism once again as you listen to the beautiful track of Vande Mataram, which is often considered to be our second National Anthem. In Panther: Hindustan Meri Jaan, it has been sung by the duo Krishna Beura and Suddho Roy.

You can groove to the beats of Marhaba, performed by Abhay Jodhpurkar, Nikhita Gandhi and Shovon Ganguly. If you’re in the mood for listening to something soft and melodious, click the play button for Udashi Shon, which is penned by Ritam Sen and sung by Ishan Mitra.  Don’t miss this exciting list of songs. Add them to your playlist now and enjoy the tracks on a loop.

Here’s Why We Are Waiting To Watch Jeet’s Panther: Hindustan Meri Jaan On…

In The Mood For Some Romance? Watch Rituparna Sengupta And Prosenjit In Praktan, Streaming Now On ZEE5

IN PICS: Check Out All Photos From Indraneil Sengupta And Barkha Bisht’s London Vacay