Here’s Why You Should Watch Season’s Greetings, A Tribute To Rituparno Ghosh

Starring Celina Jaitley and Lillete Dubey as leads & marking the musical debut of Kumar Sanu's son Jaan, this movie has more than one Bengal connect. 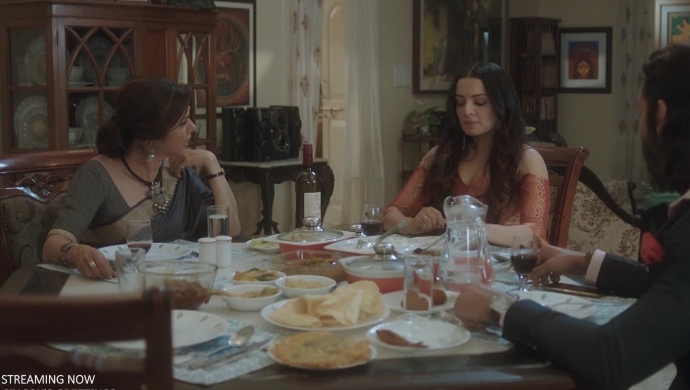 Season’s Greetings, the latest film to be launched on the ZEE5 platform is journalist-turned-director Ram Kamal Mukherjee’s newest offering and stars the lovely Celina Jaitley and Lillete Dubey in the lead roles. The short film has been made as a tribute to the late Rituparno Ghosh, the phenomenal actor, director and cultural icon, and we tell you why you definitely want to catch up on watching this film. See the trailer here:

Shot in Kolkata, Season’s Greetings has a refreshingly original plot which explores a mother-daughter relationship from close quarters. Romita (played by Celina) wants her mother, Suchitra (played by Lillete), to meet her partner Usman (played by Azhar Khan) whom she now lives with. Romita and Usman decide to pay Suchitra, who lives alone in Kolkata, a visit. Separated from her husband, she lives a solitary life with Chapala, her maid (played by Shree Ghatak) and music for her companions. Since Romita lives in a different city, her visits are always welcomed with much fanfare and flourish by her mother, just like the way Durga Puja is celebrated in Bengal. As the three of them sit down to an elaborate five-course meal with delicious Bengali fare and a bottle of wine, they open up to each other. While Romita thought that she had sprung a surprise onto her mother, we discover that in fact, it is her mother who has something much more astonishing in store for her daughter.

The film manages to pay a beautifully fitting tribute to Rituparno, who has made a host of utterly brilliant films in his lifetime such as Unishe April and Memories of March, and the storyline is indeed reminiscent of one of his films and explores unique and complex relationships. The stunning Celina makes a comeback into the cinema after several years to our delight, and the dynamic and gorgeous Lillette delivers a stellar performance in her characteristic style.

The beautiful house called ‘Utsab’ that Suchitra lives in, and the scenes in locations typical only to Kolkata will truly make you nostalgic about the city. The music in Season’s Greetings too, is aural heaven, with soulful and evocative Rabindrasangeet songs featuring generously on the soundtrack. The movie has another Bong connection as well — as it also marks the debut of Jaan Kumar Sanu, singer Kumar Sanu’s son. He has sung the title song of the movie.

Are you eager to watch Season’s Greetings yet? Let us know your thoughts in the comment section below.

Ek Akasher Niche, Goenda Ginni: 7 Old Favourites That Are Back On ZEE5 To…