High Five On ZEE5: Check Out Who Won The Top Honours

And it's out! The winning titles of the country's largest OTT platform awards have been announced, with Code M and Rangbaaz among them. 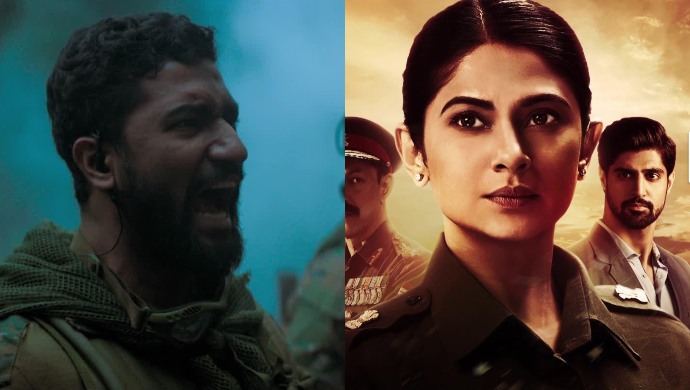 ZEE5 has gone on to become one of the most successful OTT platforms in the country, with more than 100 original series’ in over 12 regional languages. High Five On ZEE5 is the prestigious award granted to honour the artistes involved in making such top quality content, and the winners of the latest edition have finally been announced. What makes these awards unique is that the audience judges the content based on their choice. The four categories in the awards are Most Viewed Best Movie, Best Original Show, Best Regional Original Show and Best TV Show. Read on to discover who won the highly coveted award in each category!

Most Viewed Movie on ZEE5

In the most viewed movies category, Commando 3 and Uri: The Surgical Strike won the top honours, beating other nominees like Shukranu and Simmba. We are thrilled to learn what our audience enjoyed viewing the most!

Most Viewed Original Series on ZEE5

Code M and Rangbaaz have won for being the most viewed original shows. The other nominees included Never Kiss Your Best Friend and Kaafir.

Most Viewed Regional Original on ZEE5

Chadarangam (Telugu) and Auto Shankar (Tamil) have bagged the most viewed Regional Original Show award. Judgement Day (Bengali) was among the other nominees in this category. Watch it here:

Most Viewed TV show on ZEE5

The award for the most viewed TV show goes to Haiwaan and Kumkum Bhagya. Kundali Bhagya and Guddan – Tumse Na Ho Payega were also in the running and came close to winning in this category.

With such a vast collection of very scintillating original content to choose from, we sure are spoilt for choice when it comes to viewing! Make sure to catch up with this month’s titles before ZEE5 adds more than 15 new ones in the next one.

Which of these award winners were you rooting for? Tell us your thoughts in the comment section below.

Holi Special: These Colourful Photos By Our Stars Celebrating Dol Jatra Will…

Fashion Friday: Stand Out With These Sleek Styles Like Krushal Ahuja

Love to cook? Try these tasty recipes from Rannaghar, streaming only on ZEE5.

Daab Chingri Is A Warm, Heartfelt Original You Will Love. Watch it Only on ZEE5.