Nominations for the fourth edition of the largest OTT awards in the country are out! Check them out here. 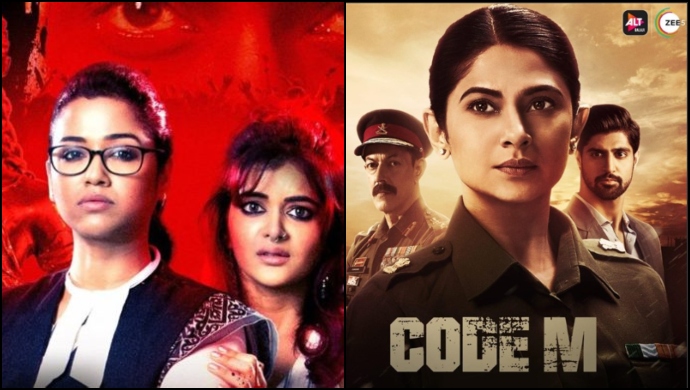 High Five On ZEE5 is back with its fourth edition, and we are excited to unveil the latest set of nominations for this highly coveted award. ZEE5 is currently one of India’s favourite OTT platforms, with a vast repertoire of rich content across various genres, including over a 100 original series and content in more than 12 regional languages. This collection is continuing to grow, given its success in striking a chord and being a huge hit with the audience.

Judgement Day has earned a nomination in the Best Regional Original Show category. This thrilling bi-lingual series is about two sisters from North Bengal, Diya and Hiya. During a visit to the city of Kolkata, Hiya experiences sexual assault, and Diya, who is an advocate, makes it her mission to punish the perpetrators. Starring Sohini Sarkar, Madhumita Sarcar, Abhishek Singh and more, this gripping show is an eye-opening one with a social message. Watch it now on ZEE5.

Get a taste of the last edition of awards, which was wildly successful, here:

The fourth edition of High Five on ZEE5 has a host of stellar movies, originals, originals in regional languages and TV shows in the running. We bring you the list right here, so check them out!

Nominations for Best Movie are as follows:

Nominations for the Best Original Show are:

Nominations for the Best Regional Original Show are:

Nominations for the Best TV Show are:

The nominations for all the categories in the High Five On ZEE5 Awards are based wholly on the consumer viewership and engagement rate of each– unique criteria that most other awards do not include. The last three editions have recognised the efforts and quality of a host of top-notch content, and we can’t wait to see the same in the upcoming one. By March 2020, the OTT platform will have released more of original content.

What are your views on these nominations? Tell us in the comment section below.

Where Do Ki Kore Bolbo Tomay’s Karna And Radhika Want To Take Their Dates? We…

Ritwick Chakraborty And Subhashree Ganguly Shine In Parineeta. Watch It Here On ZEE5.