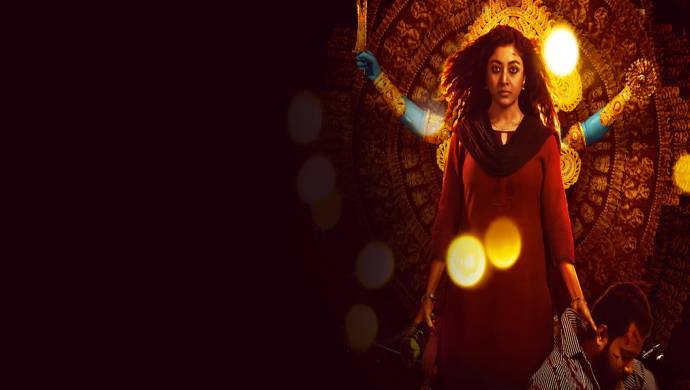 ZEE5 has earned the position of one of the best OTT platforms in the country, thanks to the amazing and fresh content that is released since its inception. The platform has released more than 100 series in various genres and covers more than 12 different languages as well. This magic is possible only through the culmination of the creative genius that results in the generation of high-quality content. High Five on ZEE5 is a special award given by the OTT platform to honour the efforts and hard work put in by the showrunners and the artistes alike. This third edition of the High Five on ZEE5, which is being held on February 14, 2020 in Mumbai, will feature the awards given in categories such as best Movie, Original Series, Regional Original Series and TV Show.

Kaali, the ZEE5 Original Series that has already made its mark in the hearts of Bengali fans, is also one of the shows that were nominated in the Regional Original Series category. Right after the announcement of the new season of the hit series, fans are in for yet another happy news. Kaali has earned the spot of the best Regional Original Series this year. Unlike other award shows, HIGH FIVE on ZEE5 judges the shows based on the audience viewership and engagement. Kaali was nominated alongside Auto Shankar and Kaale Dhande, two very interesting series which clearly put up a tough fight for the winner’s spot.

Check out the logo reveal of the second season here:

The show talks about the life of the titular character, Kaali (played by Paoli Dam), who works as a beautician. As we watch the series, we get to see this humble woman transform into a force to be reckoned with. In the series, she lives with her son, Sunny, who gets caught in an accident. This leaves him in the need for an urgent lung transplant. Kaali, in order to save her son, embarks on a perilous journey where she faces various forces like gangsters, mafia and criminal gangs. Paoli Dam, who plays the lead role is like the Hindu deity Kaali, as she is seen destroying every hurdle in her way to help her beloved son.

The bilingual action-thriller show which also features Rahul Banerjee and Shantilal Mukherjee is a must watch! Don’t miss it.