Daab Chingri tells a story all of us know, but never care about, says the actor who opens up about his thakumar ranna and more. Read on. 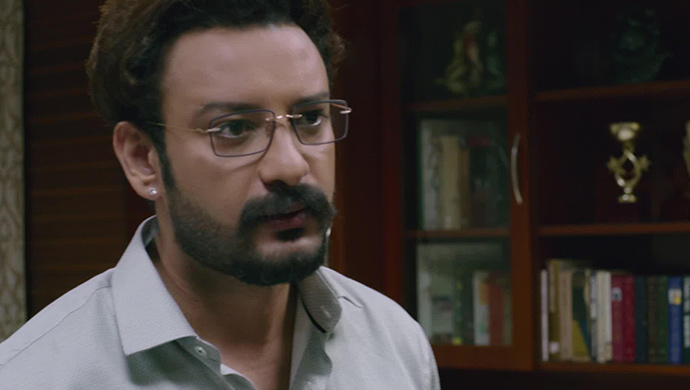 Shaheb Bhattacherjee has come a long way from his child artiste days. He has matured, both as a person and as an actor. He takes up roles which are different, and is not afraid to play the character of an antagonist. Now seen in ZEE5 Original film Daab Chingri, where he plays the role of Rishi, the owner of a food-delivery firm which wants to take over the small but successful venture Thakurmar Haanri, run by the inmates of an old-age home. We caught up with Shaheb about his role, spending time in old-age homes, and more. Here are edited excerpts.

Q. What made you take up Daab Chingri?

A. It’s not often that I am offered a role of an antagonist. It’s always interesting and challenging to break my usual mould and play something different. That apart, the story, the concept, the whole idea of a food film were good enough reasons for taking up the project.

A. I myself am connected to the Tollygunge Old Age Homes and the All India Anglo-Indian Association who help old people. I found the concept very close to reality. I have seen people cry and crave for their children — children who never even call to find out if their parents are dead or alive. Yet life goes on in the homes and they find out new reasons to live life every day. Daab Chingri is pretty similar. It tells a story that probably all of us know, but never cared about.

A. I didn’t have to prepare too much for the role. It was more cerebral than physical. I had developed a back story for the character — why he behaves the way he does. I gave him reasons and logic in the back story to be ruthless, to be ambitious, to be cold-hearted. That’s how I formed the character.

Birthday Special: 4 Movies For You To Watch If You Can’t Get Enough Of Abir…

Q. Do you know anyone who lives in an old age home?

A. I am associated with the Tollygunge Old Age Homes and All India Anglo Indian Association. Luckily no body that I know personally, lives in the old-age homes. And I think, nobody should have to live in an old-age home. It’s painful to see old people living on bare minimum, enjoying the company of other fellow mates and taking part during holiday events like Christmas and Easter’s, Durga Puja and Diwali, so on and so forth — all without their children and grandchildren. The warmth and love that they give a stranger who is out helping them clearly tells you how much they miss their own…

A. My thakuma used to make narkel naadoo, the recipe for which was passed down to my mother. I think those were the best narkel naadoos in the world. And now that my mom makes them, I still feel the taste is the same. Maybe the next generation will value this tradition and my thakuma’s narkel naadoo will not become obsolete in the age of macaroons and cupcakes.

A. Currently one of my films with Srabonti is up for release in November. It’s called Uraan. That apart, I start shooting for three films back-to-back. The first of which is Apaharan, the other names will be finalised in the days to come.

ZEE5 Original Film Daawat-E-Biryani, Starring Suhasini Mulay And Chiranjeet Is A Tale Of Love That You Must Watch, Streaming Now

EXCLUSIVE: Shooting Kaali In Kolkata Was Like A Homecoming For Me, Says Abhishek Banerjee

Did You Know Babu Rajchandra From The Popular Serial Rani Rashmoni Is A Brilliant Cook?

Birthday Special: Did You Know These Things About Nakshi Kantha’s Jash Aka Suman Dey?