Rohan Ghosh, creator and director of Kaali Season 2, opens up about shooting the series. 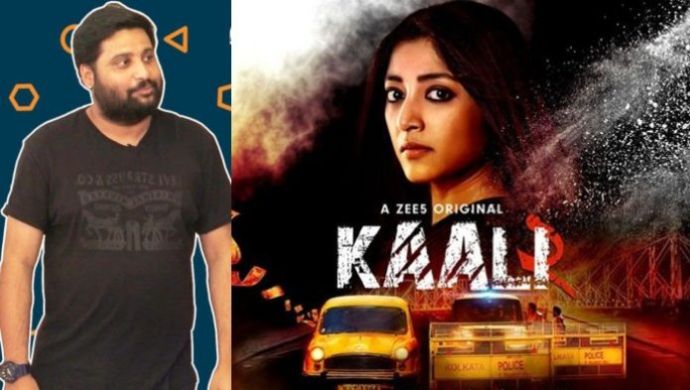 The new season of the ZEE5 Original series Kaali is slated for release on May 29, and we couldn’t be more excited to watch what happens next in the Paoli Dam starrer. The Original Series also stars actors like Vidya Malvade, Silajit, Chandan Roy Sanyal and Rahul Arunoday Banerjee among others. Meet Rohan Ghosh, creator and director, who graciously shares his experience of directing the show. Watch the trailer of Kaali 2 below:

Here are edited excerpts from his interview:

Q: How was shooting Kaali Season 2 different from shooting a film?

A: Shooting a web series is almost no different from shooting a film. Writing for the screen is the same, but I feel that writing for web is almost like a marathon. For example, it’s around 320 minutes — that’s roughly three-and-a-half Hollywood films or two Hindi films that need to be shot together. In terms of pacing, when shooting a film, we probably have a little more comfort. Because in a film I do not have the pressure of shooting more than eight to 10 minutes in a day. However, with Kaali, I needed to finish it in a given timeline because of everyone’s schedules. The sheer constraints at play were more because we needed to shoot about 18 to 20 minutes in a day. It was crazy! Especially the climax — it took me four days to shoot it because of the action in it.

Q. What was it like working with the cast and crew of Kaali 2?

A. Vikram Dahiya was a fantastic action director! Vidya (Malvade) as Officer Gupta was also exceptional to work with. She truly fulfilled everything that we had been looking in the character, with amazing expertise. At first, I was scared and didn’t want her to risk injury. But if you see her Instagram, she is adept at most of the horrific contortions and stunts, so don’t be fooled by her slight figure! Everything went smoothly and I couldn’t be happier.

Q. How did the plot for Season 2 come together?

A. When Aritra (Sen) (partner and director of Season 1) first sat down with the screenplay of Season 1, everything was about the first pack of drugs that led to all the adventure and drama. And everything was about Kaali the protagonist, her trials and tribulations. When we decided that we now needed to blow up the story and scale it up, we decided to focus on the story behind the plot. Who are the people who first had the pack of drugs? This is where the story takes off. This is when you realise that it is not just a pack of drugs, but the upsetting of a lot of apple carts all around that stir up all the trouble! We all felt that when there is a female fugitive at work, only another female can counter it effectively. The men in this country are just not equipped to understand the mind of a woman properly. So we felt that only another female character can serve as a worthy foil. Whenever I write a female-centric character, I always like to run it past a woman. I do not want to assume or mansplain things.

Q. Tell us something about what to expect in Season 2? How did Vidya (Malvade) come into the picture?

A. You know, when looking for the right actor to play Officer Gupta, I had a difficult time. About 20 days before the shoot, we still hadn’t cast anyone. The character actually has two jobs (I can’t tell you the other one yet), but she’s not just a cop. So finding someone who could play both parts with ease was a challenge, to say at the least! I was at my wits’ end. And then one day when I was coming back from a recce for Mafia in Calcutta, I was sitting at a dhaba and talking to someone about this dilemma. Suddenly, he mentioned Vidya, and something clicked! In fact, I was watching Chak De India on a screen during this conversation, and it was a eureka moment because that’s when I knew. However, at the time I thought probably she would say no! But everything worked out incredibly. It’s fun to actually see a girl kick ass on screen, (both Aritra and I are Tarantino fans), and she did it!

Q. What was a typical day on the sets like?

A. Everything, when making a film, can be looked at in terms of the money being spent on each shot. So it was scary when 80 people had to be on the job and on the go, for the entire production to be efficient in terms of time and money spent. Otherwise, whatever work that an actor does on-camera could well go to waste if the shooting wasn’t tight. A typical day on set was either early morning or late night and overall had to be very organized, so there was some pressure.

Q. Is there a message you’d like to convey to your audience?

A. Please watch the new season and honestly, if I have managed to encourage and embolden even one woman who has watched it, I will have achieved what I set out to. It is quite a feminist show. Women already face far more struggles in our society just by virtue of being a woman, so if I can inspire even one person through it, I will really be happy.

Catch up with Kaali 1 before the new season is out on May 29 on ZEE5!

Monday Motivation: This Quote Shared By Arshinagar Actor Tanusree Will Soothe Your Soul