In Bhalobashar Shohor – Arshinagar, I liked the simplicity of my character: Tanusree

The actor tells us about the experience of shooting in Maidan, what makes Kolkata a unique city and her role in the ZEE5 Original film. 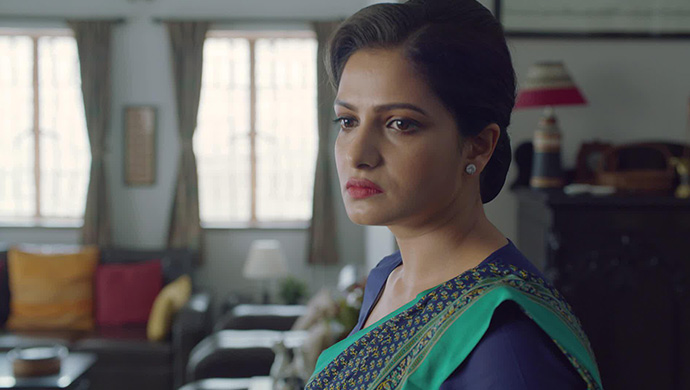 A single mother, who pretends to be happily married to stave off questions from the society. A divorcee and a recovering alcoholic who is commitment phobic. What happens when the two of them – ex lovers – meet again? The answers lie in ZEE5 Original film Bhalobashar Shohor – Arshinagar. Tanusree Chakraborty plays the role of single mom Indrani who is bringing up her daughter Mini who battles with speech issues. One fine evening, she bumps into her ex-boyfriend Siddhartha (played by Chandan Roy Sanyal). We caught up with the actor when she was stuck in traffic. Tanusree spoke to us about her role, Kolkata and more. Here are edited excerpts:

Q. What made you say yes to Bhalobashar Shohor – Arshinagar?

A. This is my first work with ZEE5 and I liked the story. Even though it’s a simple story, the way they narrated it, it was quite nice. I have earlier worked with Chandrashish (Roy) in Khad, where he was the assistant director. He is a very talented guy, very sorted, focussed and knows what he wants. Compared to earlier, he has become more sorted now. I liked the whole team and the energy. The story is simple. It happens, I have seen this kind of story. But the way they (the team) narrated, the angle they showed – I liked it. it’s totally a relationship story.

Q. How did you prepare for the role of Indrani?

A. I sat once or twice with the whole team and everyone delivered what they felt about the character. When you read or hear a script and suppose when five people are sitting and discussing the character, there can be five different angles to the character. They really discussed well, Chandrasish, Aritra and everybody else, in a unique and simple way. I liked the simplicity of the character.

Q. Do you personally know any single moms and did you draw any reference from them?

A. A couple of my friends are single parents. Because I know them, I have seen how they handle their kids, their responsibilities, circumstances… Maybe that helped me at the back of my mind.

A. Everything. The smell, the weather, ei je chorchore gorom pore…how the weather changes, pujor aager ar porer shomoy ta. We feel depressed after pujo and don’t feel like staying in the city. But oi nab halo laga tao amar bhalo lage. I have seen people talk about Delhi’s winter. But I love Kolkata’s winter. Kolkata’s food, the traffic — everything I love. There is a uniqueness about the city.

Have Been Attracted To A Few Pretty Bengali Ladies From Kolkata: Chandan Roy…

Here’s Why You Should Watch ZEE5 Original Bhalobashar Shohor – Paramount…

Q. What are your favourite dating spots in Kolkata?

A. The Maidan area is my favourite.

Q. So how was the experience of ‘dating’ in the Maidan in Bhalobashar Shohor – Arshinagar?

A. (laughs) We were shooting the whole day. The experience was quite cool. While shooting I used to watch other couples – fighting, having chinebadam. We also did during the shoot. Chandan (Chandan Roy Sanyal) and I had a lot of chinebadam, shosha, lebu cha, etc.

A. Antardhan with Parambroto Chattopadhyay, Harano Prapti directed by Raja Chanda opposite Soham Chakraborty and Zombiesthaan by Abhirup Ghosh. I am also doing one more web series.

Is Maidan your favourite dating area too like Tanusree? Let us know in the comments below. For more entertainment, watch the ZEE5 Original film Ekchakra, streaming now.

Priyanka’s Character Himeli Is Like How I Was 10 Years Back, Says Director Debarati Gupta