IN PICS: Check Out All Photos From Indraneil Sengupta And Barkha Bisht’s London Vacay

The star couple went to London to celebrate Christmas. We got you all the pictures. 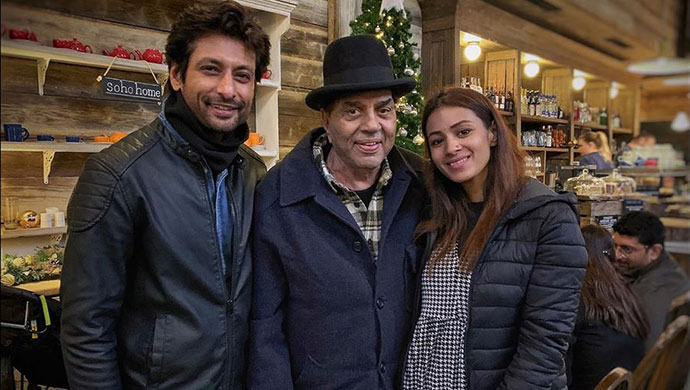 Star couples often end up setting major #RelationshipGoals for their fans. When it comes to ZEE5 Original film Shorshe Ilish star Indraneil Sengupta and wife Barkha Bisht, they take things up a notch and how! The duo took a winter break, as they headed to spend Christmas in London, just like Indraneil had shared with ZEE5.

London is vibrant and charming during Christmas. Indraneil and Barkha made the most of the festival during their time in the English capital. Check out the highlights of their trip here:

And then she passed out 🤣@barkhasengupta

Check out Indraneil’s capture of Barkha as she enjoying herself during a roller-coaster ride at Winter World. The latter is London’s Christmas winter park that hosts a Christmas extravaganza each year. The magnificent Hyde Park gets transformed into a festive place, with magnificent decorations, events and more.

Nothing beats a surprise birthday party, especially when you are on a trip with your spouse!  That’s exactly what Indraneil had planned for his wife, Barkha. The picture shows her enjoying a glass of wine in London. His excitement for her birthday celebration is clearly evident from the actor’s caption, which reads, “It’s your day! Drink up and make merry.”

She’s like a radio station…you never know which song is coming up next, but she’s always great fun as long as you love her music ! Here’s to another year of this beautiful unpredictability…Happy 40th my wildflower 🤗❤️😘 @barkhasengupta I love you the most

The couple went on to enjoy Barkha’s birthday with some music and dancing. This photo captures the birthday girl in a candid pose, as she basks in the glory of the blue light neon lights, that surround her, on the London streets. Indraneil beautifully describes his relationship with her through an analogy, writing: “She’s like a radio station…you never know which song is coming up next, but she’s always great fun as long as you love her music! Here’s to another year of this beautiful unpredictability…”

Indraneil and Barkha went shopping at the famous Bicester village, which is known for its supply of luxury goods and designer clothing. They were in for a surprise, as they bumped into legendary Bollywood star Dharmendra there. The couple got to spend some quality time with the star and clicked a picture with him as well.

Rainy day today …. but that didn’t stop us from having all the fun we did …. @indraneilsengupta #meira @hydeparkwinterwonderland

Barkha summed up her London trip with a beautiful post with hubby Indraneil, as she wrote, “Rainy day today …. but that didn’t stop us from having all the fun we did….”. This photo was also taken at the Winter World, where the couple seemed to spend most of their trip.

IN PICS: For Actors Indraneil Sengupta And Barkha Bisht, Each Day Is Happily…

After seeing Indraneil Sengupta and Barkha Bisht’s pictures from their London vacation, we can surely say that this is one of the best ways to enjoy your winter break. Right?

Here's Why You Should Add Panther: Hindustan Meri Jaan's Songs To Your Music List