From hogging on rasmalai on the sets to experimenting with a relationship drama which revolves around food, the director shares all anecdotes. 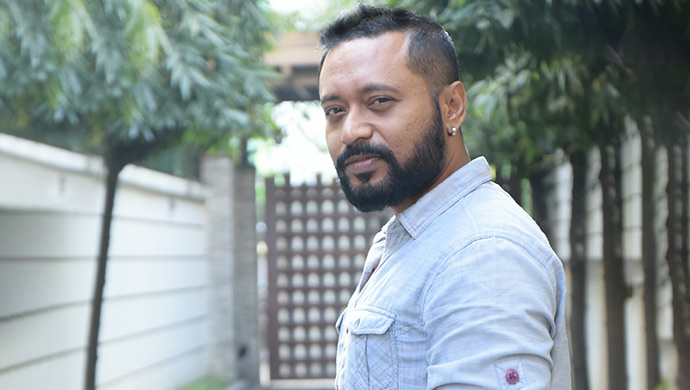 The latest ZEE5 Original film Daab Chingri is essentially a relationship drama with food as one of its main protagonists. Starring veteran actor Sandhya Roy, Ishaa Saha, Shaheb Bhattacharjee and Paran Bandopadhyay in lead roles, this movie — directed by Sudeep Das — is centred around the lives of the residents of an old-age home who run a home delivery service to make ends meet. We caught up with the director for a freewheeling chat about Daab Chingri. Here are edited excerpts. Read on.

Q. How did you come up with the concept of Daab Chingri?

A. I once spent eight days in an old-age home for a shoot. Seeing the residents there, spending time with them, gave me a different view of our society. That is when I churned out this story.

Q. Why the name Daab Chingri?

A. It is one of the most authentic typical Bengali dish which is not yet out in the world. It’s not available in all restaurants and is has not been experimented with. So I found it apt for the story which deals with Bengali cuisine.

Q. What made you decide on the cast?

A. I wanted the old-age home characters to be sweet and at the same time, have that melancholic look. So, my team and I, along with the ZEE5 team, ran through (the profiles of) all the artistes of that age who were available. From there, we selected. Sandhya Roy, the main protagonist, was a dream to be cast, as she has always been looked up to as the perfect Bengali lady in her films and adored all over for her performances.

Q. A food movie or a relationship drama. How would you define Daab Chingri?

A. Food in itself is a relationship drama. That’s why we say cooked by mom, granny’s pickle, papa’s handmade biryani… So it’s a food drama movie.

Q. Any memorable foodie moments from the shoot?

A. A lot. Like we needed all sorts of Bengali specialties to shoot, and when the food was on the floor, steaming hot, from the crew to the cast, we all kept shouting who will eat what after I say ‘cut’. The moment I would say ‘cut’, they would all literally dive into those plates. Food was everywhere and may be that is what made our shoot more fun and tasty. I must tell you a secret. Being a Bong, I love sweets. So in one shot, a character was supposed to serve rasmalai to the guests in a party and I asked that artiste just to move around with the rasmalai bowl and not serve, so that I can have the rasmalai later.

A. I’m planning to do a feature film. I am going through the first phase of planning. It’s about a woman’s struggle to save the girl child in her womb.