From portraying hard-hitting reality to talking about the changes in the life of a rape victim, ZEE5 Original Series speaks about many serious issues. 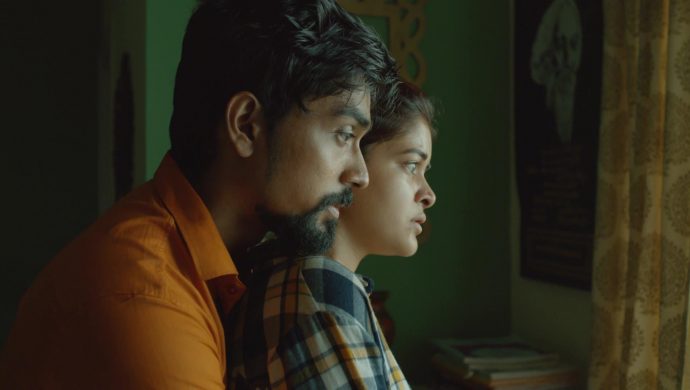 In Episode 9 of the ZEE5 Original Series Judgement Day, A Trail Of Blood, we saw the culprits – Mac and his friends fight their case in the court. RDX a.k.a Rudra Deb Dixit (played by Subrat Dutta), their defence lawyer starts to dissect the various evidence that ACP Javed Khan (played by Abhishek Singh) finds, causing Kingshuk to get angry with Javed. The top cop is puzzled with the way the case is being fought.

Check out the last episode here:

In Episode 10, After the Verdict, the trial starts with RDX summoning various people linked to the case. From the car-rental owner, who rented the car to Mac to the waiter from the discotheque, he calls everyone in the stand only to twist the statements and proving that Mac is not guilty. While this happens, Sujoy Dutta Burman, Diya’s (played by Sohini Sarkar) senior is helpless. He tries to talk to the waiter and mentions the jacket which Mac wore during the day of the crime. Javed, who had denied Burman from using this evidence, is shocked to see the lawyer’s reckless attitude. In this whole scene, we get to see the ruthless and competitive side of RDX. The lengths he is ready to go in order to win the case speaks volumes about his personality.

At the same time, we see Sujoy Dutta being too passive about the case, which rouses Javed’s suspicions. The whole episode moves on to show how Sujoy Dutta Burman is not the person he claims to be. This new revelation shocks not only Hiya (played by Madhumita Sarcar), who bores witness to this firsthand, but also us as an audience.

While the episode’s end is not something that we would like, the makers take a call on not compromising on the reality of how rape trials happen in the country and how people in power just use loopholes in the justice system to flee from the crimes they commit. We get to see how Sujoy Dutta plots against Diya and favours Mac and his friends and shows us his real nature. His nonchalant attitude is clearly depicted when he asks Hiya to meet Mac despite the conflicting nature of the case and the emotional hardships she is facing.

However, despite all this, we see Diya stand up for her sister. The usually timid elder sister takes the high road to fight against the evil, Mac and his friends. The fight to avenge them is the ‘Judgement Day’!

The series has definitely proved to be a promising content to watch. While the director, Ayan Chakraborti, crushes the “blaming the victim” mentality of the society with his direction, the series goes on to show a lot more than just that. From showing the orthodox thought in communities to the plight of rape victims fighting for justice, the series voices a grave concern that many of us need to address and stand against. From showing officers like Javed and his team to evil-doers like Sujoy Dutta, the show portrays the contrast in the society.

Be it the interesting music or a nail-biting storyline, the series proves a serious point. This paired with a good star cast has done justice to the roles is commendable. It’s a must-watch series on ZEE5.

Check out the action movie Ebar Shabor now on ZEE5.

Fashion Friday Goals: 4 Looks By 'Byomkesh' Jisshu Sengupta In A Suit That You Should Try