The story unravels with the entry of Javed Khan and Diya’s senior lawyer Sujoy Dutta Burman and the investigation to find Hiya picks up pace! 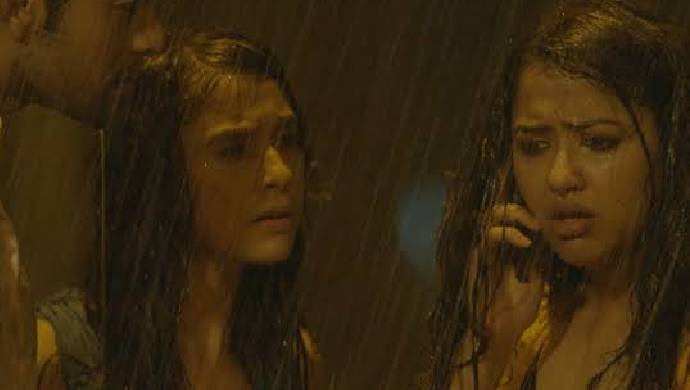 In the first episode of the ZEE5 Original series, Judgement Day, we got to learn more about the lead characters Diya and Hiya (played by Sohini Sarkar and Madhumita Sarcar) as we switched back and forth between their lives in the present and one year ago. In the present, as Hiya is missing, Diya panics when she gets a call, warning her about the imminent danger that befalls on Hiya. She tries to report to the police, but the police officers make fun of her and pass lewd comments. As she leaves in anger, she receives another call, that makes her rush back to the police station.

The episode starts with a group of policemen in a patrol car, drinking on duty. As they continue to make merry, few locals living in the nearby areas report about a dead body that has washed up on the shore and request them to take a look. The cops reluctantly go to have a look as they think this is a false report.

He personally offers to lead this investigation and assures Diya to not worry. The scene moves to Shillong where Diya and Hiya’s mother complains to their father that both their phones are not reachable. While he worries about this scenario, he tries to calm her down. As he hears a ‘unreachable’ message on the phone, he also starts to panic.

The scene flashes back to a year ago, where Diya visits Hiya at her music rehearsal to support her. After that, she sees her getting dropped by her friend and asks her to not go around so casually with any guy. This prompts Hiya to respond saying that he is her friend and Diya doesn’t need to worry about this. However, Diya replies saying that not all men are good and they can misbehave or take advantage of her too. Hiya laughs at this and assures that she is fine. Rwik then arrives there and Hiya rushes away with him.

Back to the present, Diya has told everything about the calls to Javed and he is trying to find out the owner of the number, which, however, hasn’t been any fruitful. However, they get a call from the same number, and the person just says ‘sorry’. As the cops are unable to trace the call’s location or the owner, both Javed and Diya are stumped.

The scene flashes back to Shillong where Diya and Hiya’s brother is busy with his lover and avoids calls from his father. But as his father keeps calling him back, he too senses that something is wrong and answers his phone to find out that both Diya and Hiya’s phone is unreachable. He gets worried as well.

Back at the police station, Diya’s senior, Sujoy Dutta Burman arrives as she had called him earlier. After hearing what Diya has to say, he tries to pacify Diya. While he tries to know what is the current scenario of the investigation, they receive a report about a dead body found near the shores of the river Ganga. The police officers ask Diya to check out the body, just to make sure if it is Hiya. Diya is shocked to hear this, but she goes along with Sujoy and Javed to check out the body. The episode ends with Diya visiting the morgue while the remaining two wait outside.

Will it be Hiya? Was it the same body shown in the first episode? Watch the next episode to find out.

Sourav Ganguly Fans, Here's Your Chance To Do A Quick Recap Of Dada's Life On ZEE5

Women's Day Special: 5 Strong And Inspiring Female Leads You Can Watch On ZEE5