Hiya is found, but Dr Kinshuk's diagnosis leaves everyone shattered. Watch what happens next in the third episode of the latest ZEE5 Original Series. 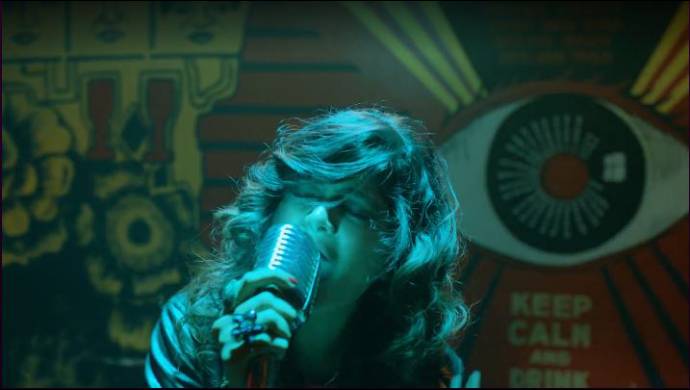 In the last episode of the ZEE5 Original Series Judgement Day, we saw Diya (played by Sohini Sarkar), her lawyer, ACP Javed Khan (played by Abhishek Singh), and Sujoy Burman following a newfound lead of a dead body. The trio visited the morgue to verify the body. Meanwhile, Hiya (played by Madhumita Sarcar) struggles and musters enough strength to crawl out of the river. She makes her way out to the road and stops a car.

The episode starts with this scene, as Diya heads into the morgue, the other two wait outside. We can see fear in Diya’s face as she walks up the stairs. However, she runs back and pukes in disgust, but tells both of them that Hiya is alive. As all of them breathe a sigh of relief, they head back.

The scene flashes back to the past, a year ago. Hiya is excited about her concert, but Diya says that she won’t be attending it. Hiya is frustrated to hear this and discusses this with her mom. She tells that the reason Diya is unwilling to attend the event is due to Kinshuk. Both mom and daughter share a laugh as Hiya says that she will dedicate a romantic number for them. The entire family, on the other hand, tries convincing Diya to attend the show and she agrees begrudgingly.

However, later on, Diya is seen weeping in the washroom when Hiya angrily asks her to come out as they are getting late for her show. Diya takes her own time while Hiya keeps yelling and banging at the door. Diya walks out and tells Hiya why Kinshuk is not as good as she thinks. Hiya understands what she actually intends to say and drags her outside. At the concert, Hiya and her band perform and she drags Kinshuk on the stage and signals him to do something, but he just stands there bewildered. After an enthralling performance, Diya and Kinshuk sit at the same table. Kinshuk tries to start a conversation but fails miserably. Hiya and her brother step in and push Kinshuk to express how he feels. Kinshuk proposes to Diya and she accepts, prompting Hiya to jump around in excitement. She performs a special song that she had written 10 years ago for them. As everyone in the venue enjoy the amazing song, the couple also dances.

Back in the present, Javed drops Diya at her place, and they meet her friend who is on her way out for her work. She pacifies Diya and leaves, while both Javed and Diya step in for a cup of coffee. While Javed tries to divert her attention, she doesn’t wish to talk. Meanwhile, the couple whose car Hiya stops is seen caring for her. The man, however, wishes to dump her and argues with his girlfriend. While his girlfriend wishes to take her to a hospital, her boyfriend ends up dumping her on the doorstep of rather than admitting her.

Diya gets a phone call from Kinshuk informing her that Hiya is admitted in the hospital where he works. Both she and Javed rush to the spot and they come to learn that she has been gang-raped multiple times. This shatters Diya and she goes to visit her sister who goes into a fit attack. After stabilising her, Kinshuk informs both Javed and Sujoy Burman that she is in a critical stage and needs to recover. Diya proceeds to talk with Hiya as she regains consciousness, and she just mutters the name, Mac.

Javed after having a bad nightmare about his past hears this news. The scene moves to Mac, who is fighting in a boxing match. He brutally knocks his opponent out and rejoices. This first look of Mac clearly shows how he loves to only win.

In the final scene, we see Javed as he confronts Mac, who after hearing this news, pushes Javed and runs out.

Check out the serial, Trinayani now on ZEE5.

Watch All Episodes Of Nakshi Kantha Exclusively On ZEE5

Did You Know Nakshi Kantha's Shabnam Aka Manali Dey Was In This Bengali Movie?