Javed interrogates Mac in order to find the truth behind Hiya's assault. 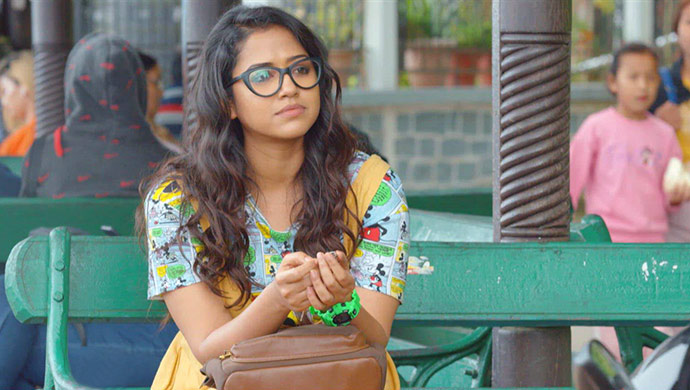 In the previous episode of the latest ZEE5 Original Series Judgement Day, we see Hiya (played by Madhumita Sarcar) call out Mac’s name as she wakes up. After hearing this, ACP Javed Khan (played by Abhishek Singh) visits Hiya’s boyfriend Mac in the gym. After listening to Javed’s reason for the visit, Mac runs away.

The episode starts with Mac running away and Javed chasing him. This chase lasts for quite some time and Mac just seems to ridicule Javed, as he sprints into small lanes and weird places. As Javed closes in on Mac near the dhobi ghat, Mac seems to disappear. However, he is just seen casually sitting at a distance. Javed questions him, and Mac just answers without a care in the world. Despite the ACP informing about Hiya’s condition, he calmly blames her for her state and mocks her.

The scene moves to a year back, where we get to know more about the relationship between Hiya and Mac through the song – Dil Pankh Ban Ja. Post this, the scene shifts back to the present. Javed, unable to hear all this, drags him away to interrogate.

In the interrogation, Mac again behaves without any consideration and just blatantly puts all blame on Hiya. He sites her dressing sense and her over-closeness with guys, as the prime reason behind this incident. Javed asks Mac about Rahul and Santa, and their relationship with Hiya. Javed learns that both of them have abused and threatened to rape Hiya in the past, and despite this, she is close to them. Javed leaves to find out more about them.

The scene goes to the hospital where Kinshuk takes Diya to the canteen, where he speaks with her. Diya is worried about her sister’s condition and Kinshuk asks her to be brave. As they head back, Hiya again gets a minor fit attack. Kinshuk hurries and gets things under control.

The scene goes back to the party, where we get to see what actually happened. Mac and his friends are partying. Mac is seen cosying up to Buni and as Hiya enters, he just runs towards her and introduces her as his ‘Princess’. Just as they begin to mingle, the other friends start teasing Lucky for his effeminate actions and Hiya interrupts, asking all of them to step back. Mac, after hearing this, controls the situation and apologises to Lucky and Hiya. They all go dancing. Hiya heads out to receive a call, where Rahul and Santa see Hiya. While others head back in, Santa speaks with Hiya and apologises for his behaviour and requests that they start afresh. Hiya walks inside and begins to dance with Mac and his friends. Similar to Santa, Rahul also tries talking with Hiya and apologises. Hiya goes on to introduce him to Mac as well, Mac, on the other hand, feels awkward to have a conversation with Rahul.

Later on, Hiya goes dancing with Rahul, Santa and their friends which doesn’t go well with Mac. The scene flashes back to the present, we see Hiya and Diya’s parents and brother in the hospital.  They ask about Hiya’s condition and when they will discharge Hiya. Kinshuk replies that she is recovering and soon the authorities will be able to discharge her. But, everyone blames Hiya for her condition and Diya charges in, supporting Hiya. In the meantime, Javed brings Santa in for questioning. He asks about his relationship with Hiya and confronts him regarding his rape threats. Santa admits that it was a mistake and he never meant it. He is worried about Hiya and keeps asking about her while Javed leaves him without an answer.

Diya and her family have a discussion, where her brother Riyaan blames himself and Hiya for her condition. He says it’s Hiya’s fault for being too close and if she weren’t so, this incident could have been avoided. Diya gets angry listening to this and argues with her brother. He leaves the room in anger. Her father tries to talk with Diya and ends up blaming Hiya as well. Diya doesn’t agree with his opinions and expresses her desire to fight this case. Her parents try to dissuade her stating the ill thoughts of society, family and neighbours. However, she denies the need for such people in her life and expresses her will to fight.

Javed brings Rahul in for an investigation and asks him about his threats. Rahul clearly states that he never meant to do anything and just said it in anger. Javed asks him if Mac and Hiya had a fight and Rahul informs him that some incident did occur. He learns that Hiya and Mac had a fight and Hiya slapped Mac and left the club. Javed then goes to the club and confirms this fact.

Kinshuk picks up Diya in his car and asks her if she wants to go for a cup of coffee. However, Diya goes on about how people are blaming Hiya instead of supporting her. Kinshuk affirms his position stating his belief in Hiya. Diya feels reassured. The episode ends with Diya receiving a text message from an unknown number. Kinshuk tries calling that number, but it goes in vain.