As Javed tries to investigate more about Mac, he and Diya meet an unknown informant who knows what happened in the club. Details inside. 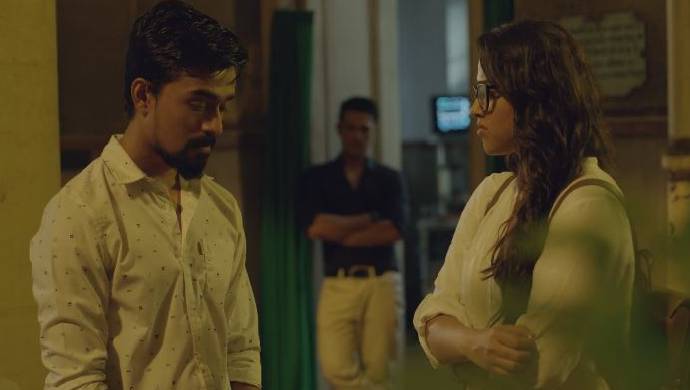 In the previous episode of the ZEE5 Original Series Judgement Day, ACP Javed Khan (played by Abhishek Singh) traced all the events that happened during the night when Hiya (played by Madhumita Sarcar) went missing. He ended up investigating Hiya’s boyfriend – Mac, and two other friends, Santa and Rahul. In the meantime, Hiya’s parents blamed her for the assault and asked Diya (played by Sohini Sarkar) not to fight the case.

In episode 5, Sixth Sense, we see Javed waiting for Diya and Dr Kinshuk who inform him about the mysterious text they received. Javed tries dialling the number, however, the call doesn’t connect. They move on to meet Hiya, who is currently doing well, thanks to Kinshuk’s medical assistance. However, as Javed begins to inform them about Mac being a liar, they see Mac in Hiya’s room, crying. This leads to confusion among all of them. Javed is perplexed to see this and tries to understand the scenario. Mac begins to lament that Hiya’s state is all due to him and apologises to Diya who gets confused and asks him to calm down.

The scene flashes back to the past, where we get to see how Hiya met Mac. Hiya and her band are getting ready for their band’s performance and their main drummer, Pablo is missing. They have a heated argument about Hiya choosing him as the drummer. The entire band is angry and worried as without Pablo, they wouldn’t be able to perform.

The scene flashes back into the present where we see Mac being questioned by Javed and Diya. He manages to answer everything clearly. However, this makes Javed suspicious as his demeanour has changed. While they ask Mac about something, he receives a call from Buni. She asks him to visit her now but he replies that he won’t be able to do so. This angers Buni, who starts abusing him. Mac tells her to not raise her tone as she knows about his anger. Buni gets annoyed with his behaviour and disconnects the call. Mac wishes to stay for a little while and Diya agrees.

The scene flashes back to the past, where the band members find out about Pablo. They run to talk with him, however, he refuses to talk and yells at them. This leads to a fight between the band members and Pablo. As the fight escalates, Hiya slaps him, making him angry. He leaves the venue in a fit of rage. Now left without a drummer, the entire band blames Hiya for her anger. As they stand there wondering about the future of their band, Mac expresses his desire to play for them. Despite being a complete stranger, the band has no other choice and they accept his proposal. However, the band delivers amazing performance, making Hiya happy. This leads her more closer to Mac.

Back in the present, Hiya is awake and is crying. Kinshuk consoles her and cheers her up. Hiya then asks him to call her sister, Diya. He calls Diya and she returns back to her room. We then see Mac cradling Hiya’s head on his lap while singing a lullaby. While Kinshuk and Diya are surprised seeing the amount of care and love Mac has towards Hiya, Javed still looks worried. He leaves the room with Diya following him. Diya asks Javed about his restlessness, and he expresses his suspicion on Mac. He claims it as a ‘sixth sense’ that cops posses. Diya is worried after hearing this.

Javed wants to investigate further. Diya and Kinshuk also want to tag along, but Javed tells Kinshuk to stay as he doesn’t want a suspect to be alone with the victim. On hearing this, Kinshuk stays back and Diya and Javed visit the club. At the club, as Javed questions the manager, Diya feels bored. She goes to the washroom to freshen up. That’s when a waitress shows up wishing to talk to her. Diya quickly grabs the waitress and asks her to tell everything. However, the waitress demands Rs 1 lakh in return for information. Javed walks in abruptly and asks everyone to leave the washroom as he questions the waitress.

The scene shifts to Buni’s place, where Lucky calls out her name, but slips. He sees blood all over the floor and is scared.

Watch all episodes of Bokul Kotha on ZEE5.