As the investigation heats up, Javed talks with Lucky to learn more about the relationship between Buni and Mac, and Hiya tries to commit suicide. 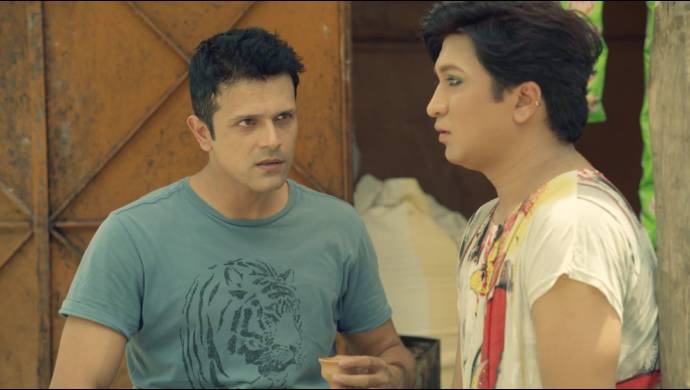 In the last episode of the ZEE5 Original Series Judgement Day, Date Rape Drug, we see Mac killing Buni by slitting her wrist and using the blood to write a message on the wall. After doing that, he drags her body to the balcony and throws it.

Episode 7, I Quit, starts with Buni’s murder, scene by scene. From slitting her wrist to dragging the body to the balcony, then throwing her body over the railing, everything is shown in detail. Mac has this cruel grin on his face as he sees her body fall down from the balcony and crashing on a car below. The scene moves to Javed, Moushmi and Sudip driving through the city discussing their life.

Back at Hiya’s (played by Madhumita Sarcar) house, the entire family except Rihaan are seen having dinner. While the family is trying to get back to a normal routine, the parents try to restrict Hiya’s movements. Diya (played by Sohini Sarkar) tells her parents not to restrict Hiya. This makes Hiya angry and she demands to be free. But, her parents say that they are not ready to let her leave the house until all the ruckus related to the case subsides. This makes Hiya and Diya angry. Diya argues with her parents, her brother takes their parents’ side. This comes as a shock to Hiya because her brother always supports her. Their brother says that there is no need to be lenient anymore. This sudden change in his behaviour makes Diya tear up.

Back in the city, we see Javed and his gang having dinner in a dhaba. Javed starts visualising the entire incident and begins to build it in a way describing everything, analysing and diagnosing every minor detail. The scene shifts back to Shillong where we see Hiya and Diya walking through a tea garden. Diya tries to talk, trying to deviate her attention from everything that is happening around them. While she cheers her up, Hiya remembers something about a jacket that Diya had spoken about when Javed questioned her. She says that the jacket belonged to Mac. This revelation leaves Diya puzzled.

Back in the city, Javed looks at the various suspects, trying to figure out more about the case. Moushumi and Sudip inform him about all that Rahul and Santa have been involved in. They also tell him about two key people in Mac’s circle — Lucky and Buni and tell him that Buni and Mac are more than just friends. Javed grows suspicious about the whole gang now.

Meanwhile, Riyaan and Diya’s parents talk about his business partner, who Diya and Hiya disapprove of. This makes Riyaan angry and he asks them to not pester him or his business partner and just be quiet. Seeing this sudden change in his character, both the sisters lose their cool and start hating him. Back in the city, Ankush meets Mac and informs him about Javed and his investigation. Mac asks him more about the questions that Javed asked and Ankush informs him that there is nothing to worry about.

Meanwhile, Javed goes to visit Lucky at his place. Introducing himself as his friend, he talks to Lucky’s mom. Lucky’s mom is really happy to see Lucky’s friend visiting him. Lucky tells his mom to go and speaks with Javed personally. Javed questions Lucky about Mac and keeps asking about various things related to their gang. Lucky hesitantly reveals details about Mac. Javed then asks about Hiya and the night of the incident and Lucky replies that she was too drunk. Lucky’s mother walks in and hears this. She promptly asks him the reason for lying to Mac the other day. Javed tells Lucky to come out and talk with him.

Back at Hiya’s place, their close family friend and psychiatrist Shyamal and his wife Vandana come to visit them. Hearing the whole story, he asks Hiya to not talk about it and suppress the emotions. Vandana, who is usually a calm lady, yells at Shyamal and asks him to not advise the girls, saying that his advice has always left her tormenting and repenting about her past. She asks Hiya to talk about it and not bother about the consequences as bottling them up would result in regret. Hearing this, Diya also taunts Shyamal and her parents due to his advice.

Javed and Lucky go to have cha outside and Javed asks him about the relationship between Mac and Buni. Lucky doesn’t tell much, but Javed goes on to ask about his relationship with Buni. Javed learns everything about Buni’s personality from Lucky. Javed calls Sudip and Moushumi and informs about Buni’s death and asks them to investigate things as he suspects her death to be a murder.

The scene flashes back to Buni and Lucky’s discussion, where he informs her about something and even shows her a video which shocks her. She ends up calling Mac and telling him all about the truth, which angers him. She is completely drunk and angrily storms back to her room. The show flashes back to the present, where we see Hiya being rushed to the hospital. A few hours ago it is shown that Hiya teasing Diya about Javed. Suddenly, Diya receives a message from an unknown number which has a video. The video was filmed showing Hiya being raped.

After seeing this, Hiya deletes the video and starts to panic. Later on, she attempts to commit suicide and that’s the reason she is being rushed to the hospital.

Check out the hit serial Trinayani now on ZEE5.