As the investigation comes to a close, Javed figures who the culprits are and begins to nab them one by one. Details inside. 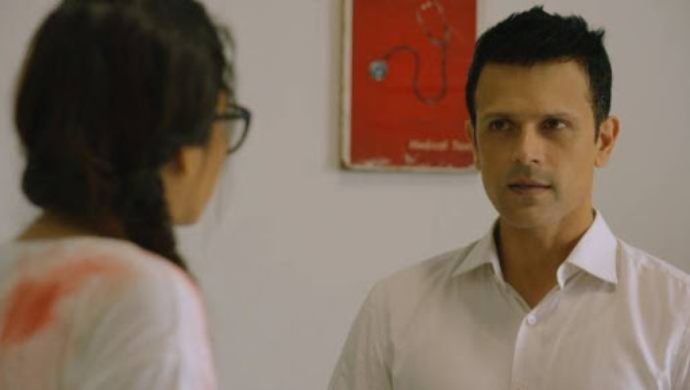 In the last episode of the ZEE5 Original Series Judgement Day, I Quit, we see Diya (played by Sohini Sarkar) and her father rushing Hiya (played by Madhumita Sarcar) to the hospital after Hiya watched a video that was sent on Diya’s phone. Hiya slits her hand after watching this video.

Episode 8, Arrest Those Scoundrels!, starts with a flashback of the scene where we see Mac and his friends assaulting Hiya after giving her the date rape drugs. While this happens, Mac is just seen casually talking to his friends, without a care in the world.  All his friends take turns raping Hiya. While not shying away from talking about this topic, which is usually considered as a taboo, the showrunners have captured this crucial scene to add value to the overall plot of the show.

As the scene moves back to the present, we see the Hiya facing a dilemma after watching the video that was sent to her. The scene captures the mental stress a rape victim faces. Madhumita Sarcar, who portrays the role of Hiya has managed to do complete justice to the character. From nail-biting suspense scenes to communicating her self-doubts through her expressions, the struggle is clear to us.

Back in the episode, we see Diya, who manages to save Hiya after she tried to commit suicide. While she tries to reason with her sister, the focus swiftly moves to ACP Javed Khan and his team as they narrow down the list of suspects. They begin rounding up each of them. He goes to their offices, workspaces and arrests them. Javed acts as a force without mercy in this series. His strong sense of justice and responsibility to catch the culprits is something every one of us needs to take inspiration from. His portrayal of a steadfast cop makes us wish to have such real cops. His boldness and unwavering resolve to catch the culprits are commendable.

Back in the hospital, Diya tells her sister to be brave and fight for herself. She also advises her to not worry about what others may say or think as she never blames her for this incident. Sohini Sarkar, who plays the role of Diya has shown the personality of a strong and bold sister who would go to any extent when it comes to protecting her sister.

As the culprits are to be tried in the court, we get to see a new character, RDX i.e. Rudra Deb Dixit, the criminal lawyer being introduced as the defence lawyer for the culprits. The character portrayed by actor Subrat Dutta already catches the attention of all with his confidence and acting skills.

What will happen next? Will RDX continue his winning strike and defeat Sujoy Dutta, Diya’s senior? The story just gets more interesting with every episode. Don’t miss it.

Watch the next episode of the serial, Trinayani now on ZEE5.