With the case moving to court, the opposing lawyers go ahead to represent their respective clients. Is justice near? 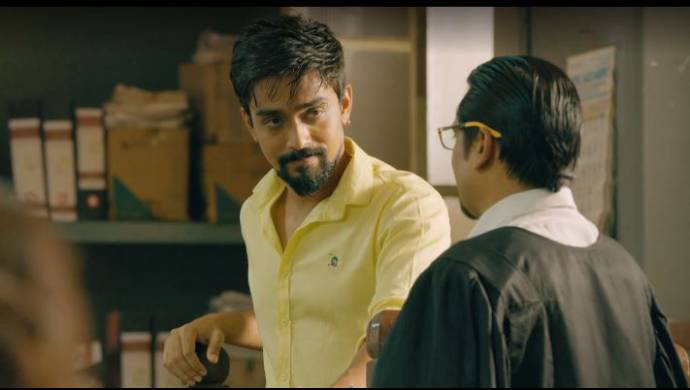 In Episode 8 of the ZEE5 Original Series Judgement Day, Arrest Those Scoundrels!, we saw ACP Javed Khan (played by Abhishek Singh) lead the fight against the culprits. He goes on to arrest Mac and his friends. With the culprits behind the bar, the next stage begins to unfurl. The trial.

The episode begins with Mac and his friends talking among themselves on the banks of the Ganga. They talk about Hiya (played by Madhumita Sarcar) who was hurt and abused by them. As they continue to talk badly about Hiya, Lucky is visibly disturbed hearing all this. This shows a big contrast among the characters, from the brutality of Mac and friends to the simplicity and kind-heartedness of Lucky. Even though he is unable to help Hiya or fight for her, he feels bad for himself and is angry with Mac and his other friends for being the monsters they are. His character represents the silent spectator — our society, who despite witnessing every atrocity doesn’t act on it.

The scene shifts to the present, where the court trial is about to commence. The prosecution, led by lawyer Sujoy Dutta Burman goes on to state the whole incident and clearly speaks about the crime committed. RDX aka Rudra Deb Dixit (played by Subrat Dutta) requests the court to dismiss the case as there is no conclusive proof to support the allegations.

Sujoy calls in Javed to explain the investigation process. The top cop goes on to explain how he and his team managed to find out the truth. The scene flashes back to the past, showing the investigation conducted by Javed, Moushumi and Sudip. From learning about Lucky to getting Ankush to admit to the crime, the entire process is shown. This method of visual representation of Javed’s story works well. The director and the DOP have created a very clear image of the whole investigation for us, the viewers to understand.

RDX begins to break into the case causing Diya (played by Sohini Sarkar) and Hiya’s defence to crumble. This shows the plight of the victims of such cases in reality. The director has managed to keep these candid moments in the series.

As the fight turns intense, the episode leaves us excited to see what happens next. Will Sujoy be able to prove his point? Will Hiya get justice?

The entire back and forth represented in the courtroom between the two skilled lawyers fighting for their own cause depicts the actual process of the law in an accurate manner.

Check out the latest episode of Ki Kore Bolbo Tomay now on ZEE5.