In this episode, Paro chances upon Angshu talking to Raju out of his window. Read on to know more. 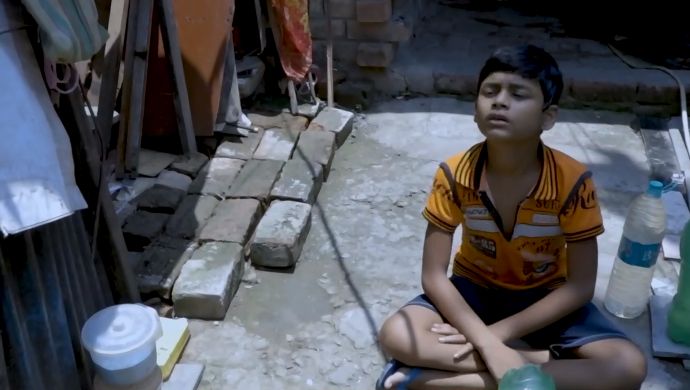 This episode of the latest Bengali TV serial Lockdown Diary — Golpo Holeo Satti begins with Angshu playing with Raju who is outside his window, and his mother knocking on the door. The door bell has just rung, and Angshu needs to answer the door. As he does, a package is delivered to him and it is the medicines from the pharmacy that Raju has collected and left. Angshu gives Paro the medicines, and tells her he has already paid for it with money from his piggy bank, and that the pharmacy has delivered. Paro is more than touched.

Watch the episode below:

When talking to her husband, Paro tells Gautam (Shaheb Chatterjee) that he need not worry about them as Angshu is holding up the fort marvellously. She tells him that he is his guardian angel. However, something shatters this happy state of affairs abruptly, later in the day. Paro walks in on Angshu in his room with his window open and talking to Raju, especially thanking him for his kind deed. She is shocked and upset at the scene in front her and berates him harshly.

Paro finds Raju outside Angshu’s window, who inquires after her foot and health. She is astonished at how he knows about her, and ticks off her son for his audacity. She is disappointed with him for lying, and for saying he has been talking to his toy every time she has asked who he is talking to. She accuses him of learning how to lie from Raju, and Angshu is quick to come to his friend’s defence. He tells her that Raju has never taught him anything bad, only how to do mathematics better and understand and help his mother. He reveals that Raju is the one who has gone out of his way to pick up her medicines out of the goodness of his heart. Hearing all this, Paro is impressed in spite of herself.

In the next scene, Paro is seen thanking Raju out of the southern window for all his kindness. She later tells Angshu that Gautam and she have decided to send Raju to school as soon as Gautam is back. When talking to her husband on the phone again, she mentions that she had asked Raju’s mother to deliver some vegetable but she had added in her own stock of fish too. She sees Raju’s call on her phone, and tells Gautam she will call him back. Raju is calling to thank her for the dish she had prepared for his family and sent over. He calls it “hebby” (fantastic), and wants to know what it is called. Paro is ecstatic, and tells him that it was pasta. Thus, we see a complete revolution in the character of Paro by the end of this episode in this story.

Did you enjoy this episode of Lockdown Diary — Golpo Holeo Satti? Let us know in the comment section below!

Anthem Of The Brave: Check Out The Awesome Theme Song For Kaali 2 Which Has Just…