In Round 2 of our adda with the Shorshe Ilish actor, he tells us what all make a successful relationship, his love for the City of Joy and more. 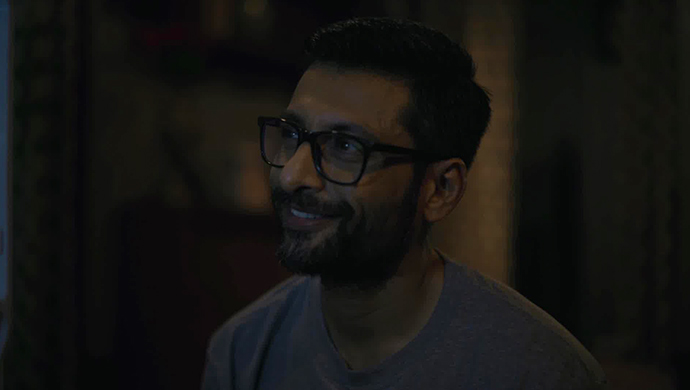 An engaging adda with ZEE5 Original film Shorshe Ilish actor Indraneil Sengupta is always refreshing. He has a clear take on things, especially relationships, which us probably the reason that makes his marriage with actor Barkha Bisht so amazing and inspiring. The actor tells us what he thinks are the most important ingredients of a relationship, why he loves Kolkata more than Mumbai, and more. Here are edited excerpts.

Q. What do you think of the character of Abir?

A. He loves his wife. I think he thinks a little lesser of himself, maybe because his wife is a little prettier, modern and smarter than him. He is very closed and unsmart, a little introvert and that makes him feel insecure — thinking that he is not good enough for his wife. That’s his thought. His wife never makes him feel like that. I don’t think his wife even thinks like that ever. People who feel lesser of themselves also feel others think lesser of them. I think he operates from that space and that’s why all the complications arise. He judges himself too much.

Q. What do you think are the important ingredients of a successful relationship or marriage?

A. Love to start off with, but that’s a very broad answer. I think that’s the root though. Then comes trust. Love and trust are the most important ingredients. I don’t like to use the word compromise, but I think you need to be flexible, adapt. Because it is another person from completely different family and even another sex. So, the perspective is little different in a lot of issues. You also need to change and evolve as much as you can and grow together. But the basics are love and trust – two simple words but they are the most difficult ones.

Q. Do you think there should be boundaries in a relationship between a husband and wife, like sharing passwords?

A. To each him own. I think there should be transparency because that does help in building trust between two strangers who then live a life together. But I think too much of intrusion is also not right. You need to give space also because we all need our own space. There are certain things you need not be transparent about and that should not harm your relationship. It’s ok to be not transparent about things which will not harm.

A. (Laughs) I think this is a really tricky one. I think there is love in the air of Kolkata because as such the people are very lovely. My wife (Barkha Bisht) is very fond of Kolkata. Although I work more in Kolkata, she loves the city more than I do. I think there’s a vibe to Kolkata. The settings are very romantic. Whether you are going around Victoria Memorial or taking a tram ride, Saraswati Pujo and Durga Pujo, the whole craziness for 10 days. There is a chance of love happening at every corner. There is a conducive atmosphere and environment in Kolkata to fall in love. It’s hard not to fall in love with the city. Kolkata also is a tremendous character which I think most of the cities lack. I live in Mumbai. I love Mumbai but I don’t think the city has as much character as Kolkata. Mumbai is cool but Kolkata has more character. The city is also more photogenic.

Bhalobashar Shohor: Here’s All That You Can Expect From Season 2 Of The ZEE5…

Every Human Is Possessive, The Extent May Vary: Shorshe Ilish Actor Indraneil…

Here’s Why You Should Watch ZEE5 Original Bhalobashar Shohor – Paramount…

Q. Have you ever dated in Kolkata?

A. No. Every eating out opportunity can be called a date. Every time we have eaten out, it’s been amazing and I have loved the experience. The food is great. It is another thing about the bhalobasha of Kolkata.

Q. Any place in Kolkata where you would love to take Barkha out on a date?

A. It doesn’t come down to doing it. But you know the boat rides at the ghats? They are cool. I have shot there many times, but haven’t gone down to romance there with Barkha. It would be a nice experience actually. I believe they have started giving life vests so that would spoil it completely.

A. I did another web series for ZEE5 called Karkat Rog which is awaiting release. I am also looking at work in Mumbai. Having done TV for two years, I have been off for three months because I needed this space. Two years is a lot of time for me to be committed to a project. I am enjoying this phase, but you never know, something might come up. But I will try to avoid a long-term commitment right now in terms of television. Movies you are always looking at. But I think it’s important for movies to look at you (laughs). I think web series is the order of the day and I am really keen on doing something so if anyone feels and casts me, that will be great.

Alo Chhaya Is All Set For A Leap. Here’s All That You Need To Know