The Oscar winner has directed one masterpiece after another. Watch two of them on ZEE5 today. 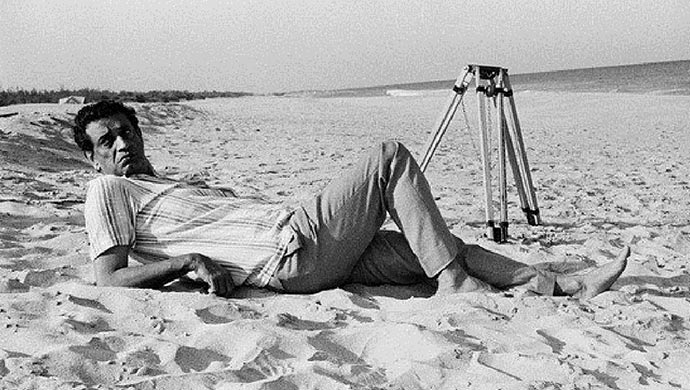 For any movie buff, the name Satyajit Ray needs no introduction. An Oscar-winner and recipient of countless other awards and honours, Ray is an institution in himself. From being a master illustrator to director, author, even sketch artist – there was little that this adman-turned-filmmaker couldn’t do. And his films are all masterpieces in themselves – be they based on his cult Feluda books, or stories based on human emotions like Pather Panchali which won him an Oscar, one can never get tired of watching a Ray film. So if you are looking for things to do on a Sunday evening, why not re-watch these cult classics by Ray on ZEE5? Scroll down for details. Watch the video of Satyajit Ray accepting the Oscar Award in 1992 at his home in Bishop Lefroy Road in Kolkata here:

An adaptation of noted playwright Henrik Ibsen’s play Enemy Of The People, Ganashatru is known for its riveting storyline, stellar cast and Ray’s direction among others. The film boasts of powerhouse actors such as Soumitra Chatterjee, Dhritiman Chatterjee, Dipankar Dey, Ruma Guhathakurta, Subhendu Chatterjee, Manoj Mitra and Mamata Shankar among others. Released in January 1990, the story follows an idealistic doctor who finds out that the water of the pond of the town’s temple is contaminated and dangerous. But people of the town, who rely on tourists visiting the temple for their livelihood, refuse to listen to him and instead, list the doctor as an enemy. Click here to watch the film.

Agantuk is based on one of Ray’s own short stories –Atithi. Anila, who married to a successful executive and has a son with him, lives in Kolkata in a well-off family. One fine day she receives a letter from a person who claims to be her long-lost uncle and plans to visit her. While Anila and her husband are sceptic about the identity of the man who they think is a stranger, their son gets very close to him. But will Anila and her husband ever be able to figure out whether the man is really a stranger or no? If not for anything else, watch this movie for Utpal Dutt’s speech on ‘civilisation’. Agantuk also stars Dipankar Dey, Mamata Shankar, Rabi Ghosh, Subrata Chatterjee and Dhritiman Chatterjee.

Had your fill of Ray? Watch Mrinal Sen’s movie Padatik on ZEE5.