NAKSHI KANTHA EPISODE SPOILER: Shabnam Gets Ready For The Wedding

Will Shabnam ever come to know about Jash's sacrifice? 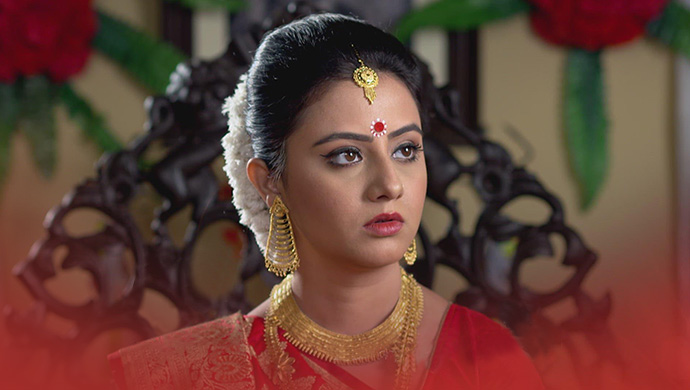 In the latest episode of Nakshi Kantha, Jash (played by Suman Dey) gave us a big surprise. Rohini is back from jail and even though Jash’s mother is happy and expecting that he and Rohini live happily now, looks like Jash has other plans. He did not take long to burst Rohini’s bubble about finally getting Jash and we are sure that we are as happy as you are about that.

Jash told Rohini that he is well aware of the fact that she tried to kill Shabnam (played by Manali Dey). He tells her that he gets very angry whenever someone thinks he is a fool. He tells her she has no idea why he supported her all this while and now he is telling that. He categorically told Rohini that he is happy that Shabnam is marrying Debdeep because in this way at least, she will be safe and far away from Rohini’s clutches. It looks like Jash made Shabnam hate him enough to go and marry Debdeep because this was how he was planning to protect Shabnam all along. A stunned Rohini listens as Jash tells her that she would never have let Shabnam live in peace if she would have been with Jash. He tells her that Rohini’s accomplice named her in the court.

Jash categorically states that since Rohini has done everything to get Jash, he will let her live in his house and live with his identity, but beyond this, she should not expect anything from her. Looks like Rohini finally got served what was coming, after a long long time. Watch the episode below.

In the spoiler for the episode to be aired on February 11, we see Shabnam getting ready for the wedding with Debdeep. Wearing a red-and-gold Benarasi saree and gold jewellery, she looks all set for the marriage. Ranjhapishi asks her who all are attending the wedding. Shabnam says she has also invited Jash but is not sure whether he will attend. Debdeep adds that Jash is a very sensible person. Ranjhapishi replies saying that sensible people suffer the most. Is she aware of Jash’s sacrifice?

Do you think Shabnam and Jash will get back together? Let us know in the comments section below.